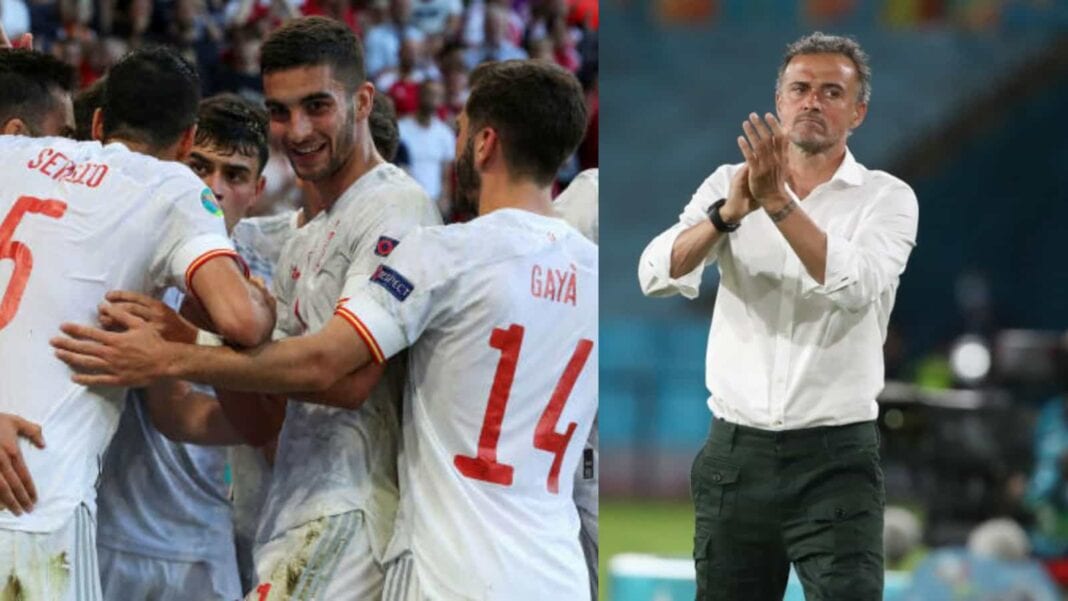 Before the Euros began fans, pundits and ex-footballers expressed their opinions on teams who they considered were favourites to win the prestigious title. Although some hot favorites like France, Portugal, Germany and Netherlands made early exits much to the heartbreak of fans there is this Spanish outfit that is shaping up well under the guidance of Luis Enrique and is looking to regain their past form when they were at their prime under Vincent Del Bosque almost a decade ago.

Enrique has opted for a 4-3-3 formation in the ongoing Euros and has implemented the same style of play Pep Guardiola uses and even Del Bosque used. The 2008 and 2012 European champions are currently making steady progress under Enrique and former Spain international Jofre Mateu has already stated that this Spanish team looks like a future project. Enrique has applied a system that revolves around direct vertical play and distribution rather than possession-based play.

From selection headaches to poetic brilliance

When the squad was announced 2 of their players were down with Covid and Enrique had selection headaches as already Lucas Vazquez suffered an injury and star player and skipper Sergio Ramos also couldn’t make the cut due to injury concerns. At that point in time, no one gave Spain any chance as compared to other big guns but suddenly the La Roja are looking firm favourites to go all the way.

This Spain outfit is a mix of youth and experience and looking at their win against Croatia in the round of 16 encounters the team looks pumped up. With the experienced Cesar Azpilicueta and Aymeric Laporte showcasing solidity at the back alongside Jordi Alba, the defence is looking technically correct at the moment.

A test of the Spanish team’s temperament awaits them

The team hammered Germany 6-0 last year in the Nations League and has even made it to the 2021 Nations League semi-finals and at the moment are looking in fine form. Even though the team might not win the Euros but it looks like a team for the future and once these players feel comfortable in this system they would be a big force in world football in the long run.

The 2010 World Cup champions are showing impressive work ethics under Enrique and the manager is monitoring the progress closely. Enrique would be aiming for more tactical revisions in every player’s style of play keeping in mind their strengths. The players are looking determined in their approach but maintaining consistency will be the key.

Going ahead, it would be a test of their temperament when they are pushed hard by a tricky opponent and Enrique as well as the team management must ensure the players are prepared to take the challenges head-on during nervy moments. At the moment the La Roja are progressing well but are they prepared for tougher mental battles? only time will tell.