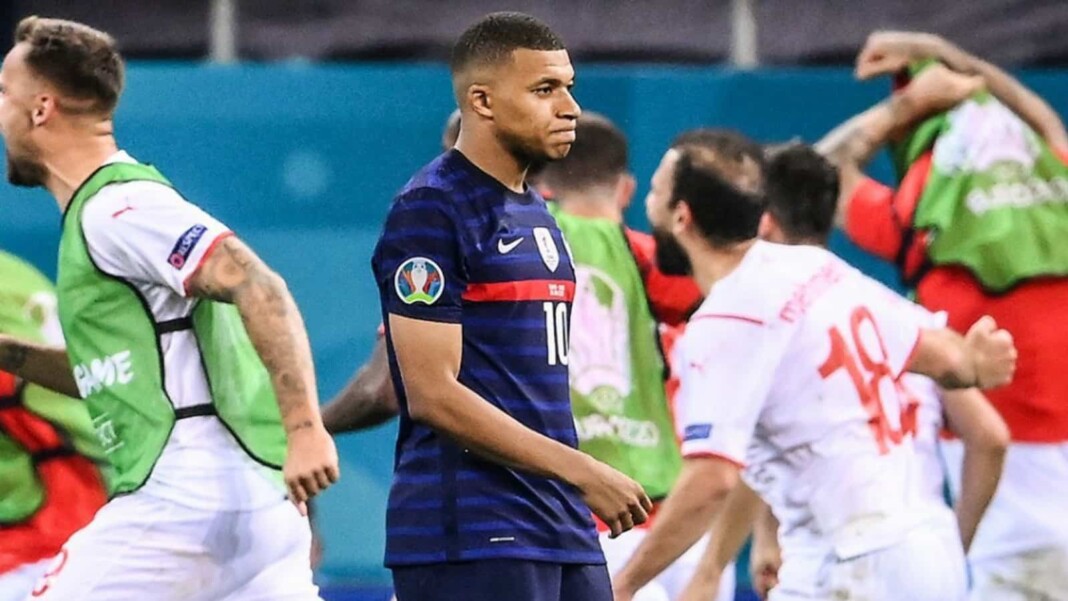 The World Champions France have suffered a shock EURO Cup exit in the round of 16 stage at the hands of their Swiss opponents. They lost 5-4 on penalties after the match was tied 3-3 at the end of 120 minutes.

Kylian Mbappe missed the final penalty of the match, seeing his effort saved by Yan Sommer in Switzerland’s goal and the match ended in a defeat for the Les Bleus. The 22, year old later apologized to the French fans for his missed penalty, which cost his side a place in the quarter finals of EURO 2020.

He wrote, “Very difficult to turn the page. The sadness is immense after this elimination, we could not reach our goal. I’m sorry for this penalty miss. I wanted to help the team but failed. Getting to sleep will be difficult, but unfortunately it is the ups and downs of this sport that I love so much.“

“I know you fans have been disappointed, but I would still like to thank you for your support and for always believing in us.
The most important thing will be to get up even stronger for the next challenges.
Congratulations and good luck to Switzerland.”

Kylian Mbappe himself had a disappointing match missing two glorious chances to score inside regulation and it was capped off the missed penalty. A lot was expected of him from the French point of view but he only managed 1 assist and did not have any goals to his name throughout the 4 matches.

However, a young player of the talent of Kylian Mbappe should not be judged by a single penalty miss as he has already proven what he is capable of and will undoubtedly learn from his mistakes and improve his game.

Pele wrote, “Keep your head up, Kylian! Tomorrow is the first day of a new journey, @KMbappe.“

A lot of support came his way after the incident, as French coach and Brazil legend Pele backed him to keep doing the good work.