Netherlands is all out for their redemption in this Euro 2020 as they aim to reach the heights again in Europe. It would have been a joke if anyone have quipped that the mighty Oranje would fail to qualify for the World Cup 2018 and the Euros 2016 a decade back, but the once mighty giants in World football suffered a great fall in the aftermath of 2014 World cup.

It is only in the recent years under the guidance of the appointed coach Ronald Koeman, that the Dutch side started their resurgence again as a young and talented set players started being nurtured more by Koeman and results started showing up, the best being reaching the finals of Uefa Nations league last year falling just short of the final hurrah against Portugal.

However things have taken a different turn as Ronald Koeman left the managerial seat and left for the Spanish giants FC Barcelona. With Frank De Boer as manager trying to bring out best of the squad and the alarming news of the captain Virgil Van Dijk dropping out of the squad due to injury, it would be a real watch how the Champions of 1988 turns up at the Euros.

Frank De Boer has a great selection of some really talented and young players on his national side who has the potential to put up a great show in this summer’s European Championships. Some Key players whom De Boer can depend for a good performance are as follows;

The 23 year old Barcelona midfielder Frenkie De Jong is probably the best card De boer has this Euros. Coming out the talented Ajax squad of 2018 putting a huge display in the Champions league that year, De jong was transfered to Barcelona in 2019 and he has not looked back since. De jong posses the ability to play an important role not only in the midfield but also in other different positions as shown by the youngster this season for his club.

His ability to play against press, pass with accuracy and off ball movement are second to none in the squad. With such great quality and a fair experience in world class football, De jong would definitely grab a lot of onlookers this tournament.

Memphis Depay is probably the best attacking option available to De Boer this upcoming tournament. The 27 year old Lyon striker/winger has been through thick and thin throughout his career and having been palyed for big clubs like Manchester United, Lyon and also having a fair number of caps for the Dutch side he can bring the perfect mix of experience as well as quality in the team. His ability include great pace and technical ability on the ball along with fairly good conversion ability infront of the goal. With required supplies from the midfield and the team as a whole Memphis Depay can shine bright in the Euro.

Other notable players include Ryan Gravenberch, the young and talented attacking midfielder from Ajax, Mathijs De Ligt the dependable defender from Juventus and Luke De jong with his impressive performance for Sevilla which includes winning an Europa League trophy.

Netherlands have been allotted one of the easier groups in the EURO 2020, as they encounter Ukraine, North Macedonia and Austria in Group C. The Oranje would likely look to top their group and go into the next round, and their clash with Austria will definitely be one to watch in the group stages.

Netherlands open their campaign with a fixture against Ukraine at Johan Cruyff Arena in Amsterdam on June 13, followed by clashes against Austria on June 17 and North Macedonia on June 21.

On finishing at the top of their group, the Dutch will face the third-placed side from either Group D/E or F in the Round of 16 and if they finish second, they face Group A winners.

Netherland’s History at the Euros

Netherland’s road to redemption faced a likely hindrance after Ronald Koeman joined FC Barcelona. His then assistant coach Frank De Boer took up the head coach role in his absence and has struggled to perform since having picked up only 4 wins in their last 9 games.Though they have been placed in group C which is a fairly easy group considering their squad, they will have to play without their captain Virgil Van Dijk who ruled himself out after a knee injury early last season.

Georginio Wijnaldum is expected to captain the Dutch side in his absence. Another worrying news came as early as Tuesday morning as another promising midfielder Van De Beek has been ruled out due to injury in the friendly against Georgia. Though The Oranje are expected to top their group stage without much sweat, they will be facing much difficulty from Round of 16 onwards.

Netherlands has been drawn in group ‘C’ along with Ukraine North Macedonia and Austria. Considering their squad they are the best out of the lot and is expected to end the group stage as table leaders. Round of 16 onwards is what would be interesting watch in terms how the team turns up in absence of some key players like Van Dijk and Van De Beek.

The Dutch have a fair balance in their team and could turn out to a dark horse in the tournament if managed properly along with expected impressive performances from their players. Now it is too whether the current team has the ability to replicate the glories of the Dutch side of 1988, a team that included Marco van Basten, Ruud Gullit, Frank Rijkaard and Ronald Koeman.

Final Prediction: Knocked out in the Quarter Finals. 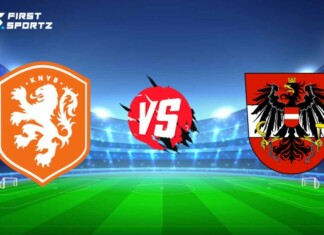 Sabarisha R - June 17, 2021
West Ham United were one of the surprise packages of last season, challenging for one of the Champions League spots deep into the campaign;...