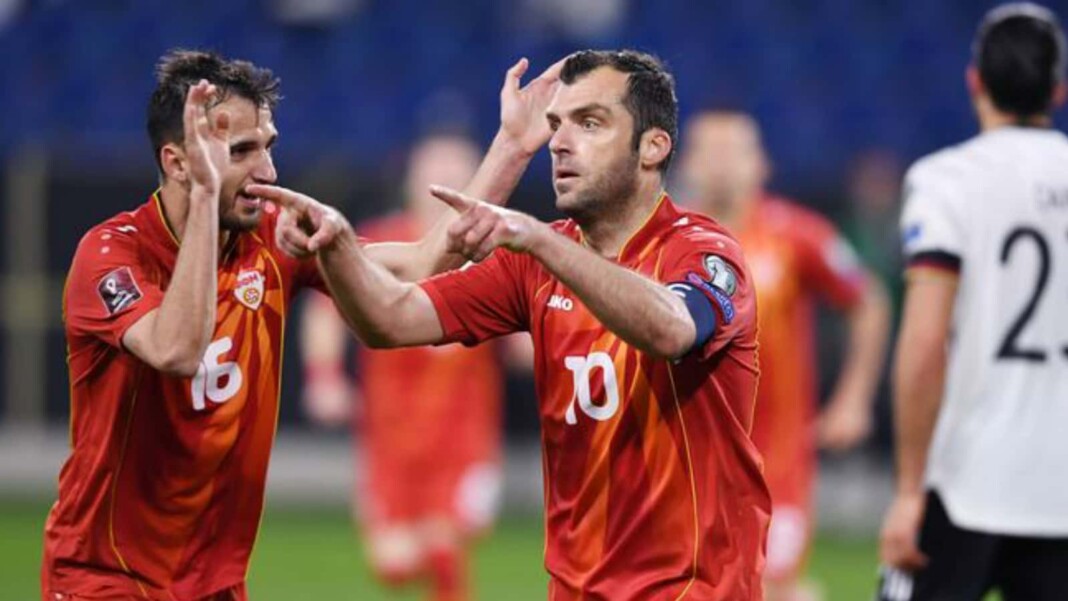 North Macedonia, one of the less-known football nation across Europe, are one of the teams that start as an underdog in Euro 2020. Though the team has full potential, they have very minute chances to win the tournament. Ahead of Euro 2020, here is North Macedonia preview for all the fans.

A team with tournament-winning odds of 750/1, North Macedonia are all set to feature in their first-ever major international tournament in Euro 2020. The team is filled with an abundance of talent and experience and will look to capitalize on it in the tournament.

North Macedonia are placed in Group C and feature alongside Ukraine, Netherlands and Austria in Euro 2020. They will play the first two games in Bucharest before going to Amsterdam for the clash against the Netherlands. Goran Pandev, the national icon, will captain the side in Euro 2020.

North Macedonia are going with full confidence to the tournament with a shock victory against Germany in the World Cup qualifiers. They defeated Germany 2-1 at Duisburg. They recently defeated Kazakhstan 4-0 in the recently held international friendly on 4th June.

Like other teams, North Macedonia dont have a players with big names or players featuring in big clubs. However, Eljif Elmas and Goran Pandev will be key players for North Macedonia in the tournament.

Goran Pandev, the 37-year-old striker, still has the killer instinct in him and caused a huge upset against Germany in the World Cup qualifiers. The player spent his prime football career in Italy playing for Inter Milan. He played for Genoa in 2020/21 and had 10 G/A to his name in 29 games.

The 21-year-old Napoli player, Eljif Elmas had a poor outing in Serie A and had only 3 G/A to his name in 33 games in 2020/21. However, the player found his form in the international friendlies and will be a key player for North Macedonia.

This is the first ever tournament for North Macedonia after they formed an independent country from Yugoslavia in 1991.

North Macedonia have negligible chances to go ahead in the tournament. They are in Group C which consists of Austria, Ukraine and Netherlands. They have tough competition from Ukraine and Austria to qualify for the knockouts. Though they are underdogs, if they are able to contain Ukraine and Austria from winning or produce shock results, they can qualify for Round of 16. However, going beyond the Round of 16 will be a tough ask.