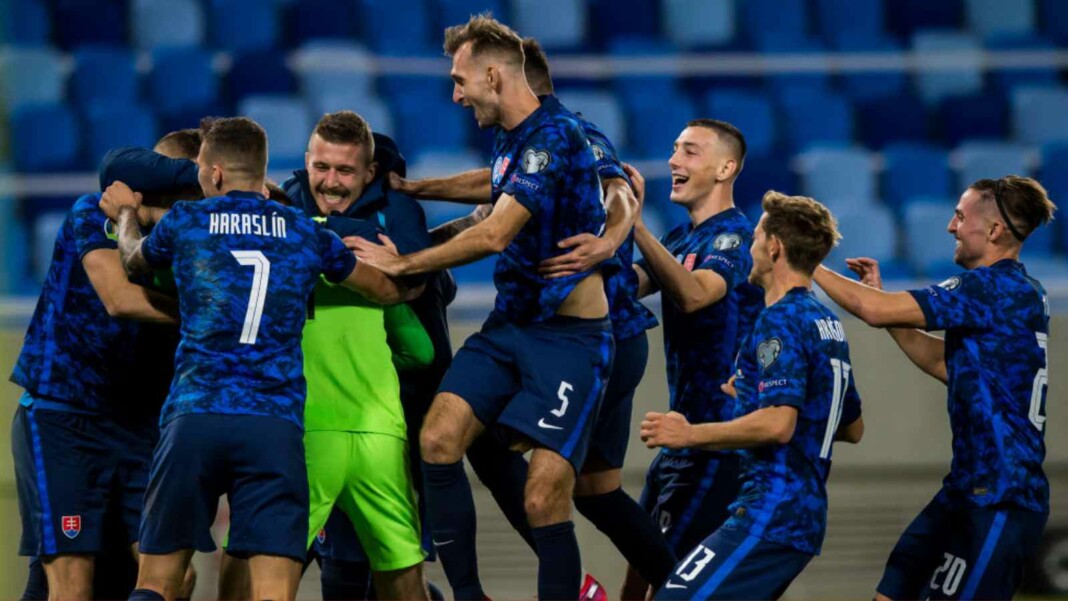 Ahead of the first international tournament after the pandemic, here is our Euro 2020 Slovakia preview.

Though Slovakia reached the finals in 1976 when they were a part of Czecho-Slovakia, the team has failed to leave a long-lasting impression on football fans since they split into Slovakia. But now, they have an opportunity to leave that impression on the big stage. In Euro 2016, they were defeated by Germany in the Round of 16 but in 2020, Slovakia will look to go beyond that stage.

Slovakia made it to Euro 2020 after huge ups and downs. They finished third in the qualifying group stage and they required penalties to defeat Ireland in Bratislava. They had to face Northern Ireland in Belfast to secure their place in Euro 2020. A dramatic extra-time winner from Michal Duris helped them to secure their second consecutive European Championship spot. The team will hope to make more progress under Stefan Tarkovic in Euro 2020.

Though Slovakia are one of the dark horses of the tournament, they rely on the likes of Marek Hamsik and Milan Skriniar who will be the key players for Slovakia. Marek Hamsik didn’t had a great season with Swedish outfit, Allsvenskan, as he could play only six games and had only two G/A to his name. However, the former Napoli man will hold the creativity key for Slovakia in Euro 2020.

On the other hand, Milan Skriniar won the Scudetto with Inter Milan in Italy. The player was a key figure at the heart of the defense for Antonio Conte’s men and will look to continue his fine form with the national team as well in Euro 2020. He had 1.85 tackles per 90 with Inter in 2020/21.

This is the second time Slovakia are featuring in a European Championship. Previously, Slovakia finished third and advanced to the knockout stage in Euro 2016.

Slovakia are placed alongside the likes of Poland, Sweden and Spain. The team might sneak into the knockout stage alongside other Spain and Sweden as the third-best team. They might not be able to go beyond the quarterfinals in Euro 2020.