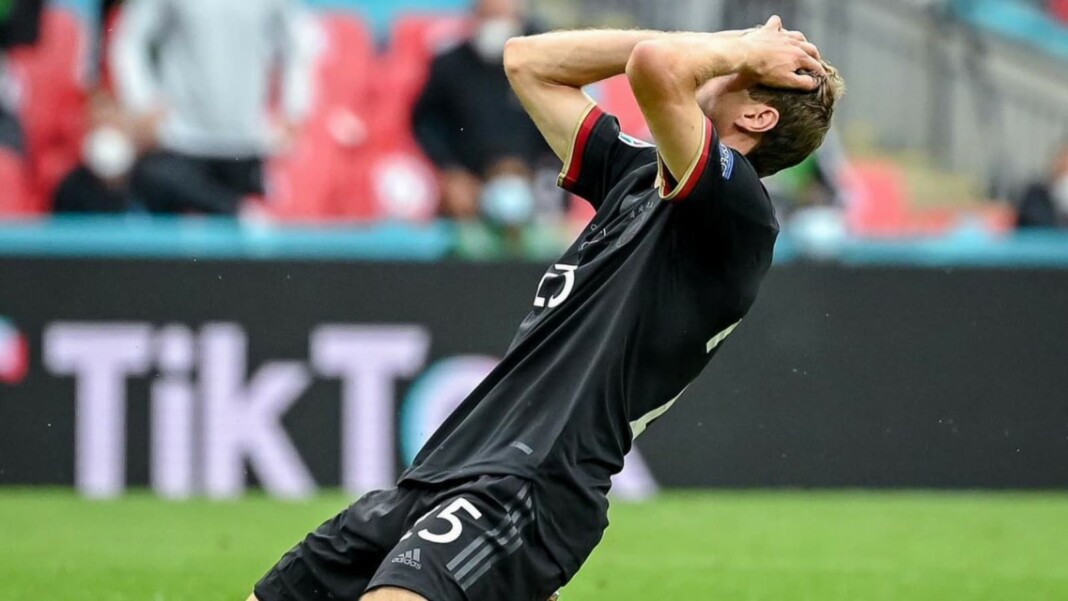 However, for some- Thomas Muller the loss felt even worse after the striker missed a golden chance at the end of the match to level the scores at Wembley. Had he scored from that chance, the match could have ended with a very different result for Germany, but it wasn’t meant to be and England scored soon after his miss to put the game to bed.

The moment came in the 81st minute when Raheem Sterling, England’s goal scorer misplaced a back pass and played in Kai Havertz. The midfielder played Thomas Muller on who was one on one with Jordan Pickford but his shot went wide of the post and the chance to equalize was gone.

The German veteran posted on his social media accounts, on how much the miss hurt him personally and an entire nation.

He wrote – speaking about himself, “There he was, that one moment that’s remembered at the end, that kills you sleep at night. For whom you work, train and live as a footballer. That moment when you have it in your own hands to bring your team back into a tight KO game and put an entire football nation in ecstasy. Getting this opportunity and then leaving it unused hurts me damn.”

“It hurts me for the whole @dfb_team, my teammates and our coaches, who all trusted me to be right there. But above all, it hurts because of all the German fans out there who stood by us during this European Championship and supported us despite the difficult signs! Thanks for your support.”