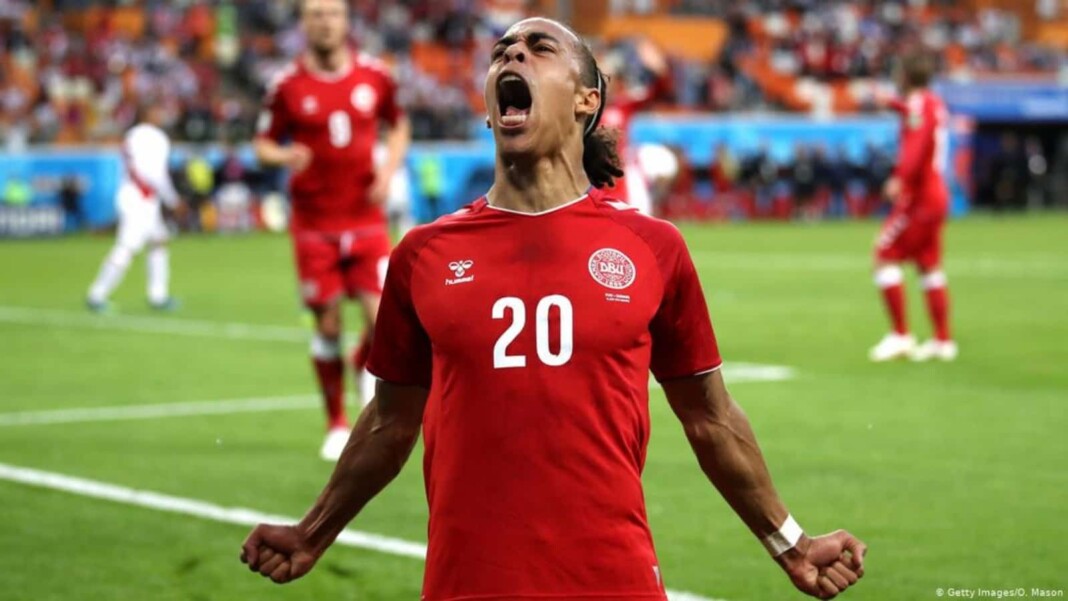 Euro 2020 has been a visual treat for football fans across the globe. Though many teams are yet to play their second game of the tournament, we have already witnessed a wide range of sportsmanship, goals galore and defensive masterpieces. Last evening, in the game between Denmark and Belgium, we saw all the three aforementioned characteristics. Yussuf Poulsen added himself to the record book. He joined the elite list of top five fastest goals scored in the history of Euro football.

Goals are of utmost importance in major international tournaments like Euro. A single goal missed can affect/hurt the chances of a team to qualify for the next round of the tournament. In the last edition of Euro, we saw Portugal qualifying as one of the best third teams with just three points in their kitty. An early goal in the game can increase the chances of a team winning the game. However, after last night’s game in Denmark, we can say that an early goal doesn’t guarantee a win. Despite conceding an early goal, Belgium were able to pull the game back with the introduction of Kevin de Bruyne.

In this article, we shall see the top five fastest goals scored in the history of Euro football. We have considered all the editions starting from 1960.

The game was being held in Lyon and the favorites, France were playing the Republic of Ireland and were tipped to advance to the next round with ease. However, Robbie Brady and Ireland had other plans as they opened the score as early as in the second minute. Robbie Brady converted the penalty in the early minutes of the game. However, France overpowered the Republic of Ireland to advance to the next round.

In the previous edition of Euros, Robert Lewandowski scored the third-fastest amongst the top five fastest goals scored in the history of Euro. Against Portugal in the knockout stage, Poland started as the dark horses. However, Robert Lewandowski scored in the 100th second of the game to put Poland in front. However, Portugal defeated their opposition in a penalty shootout and went all the way to win the title.

After a shocking defeat against Finland, Denmark were determined to leave an impression on the pitch against Belgium. They looked like a side that was all set to defeat the golden generation of Belgium. Yussuf Poulsen found the bottom corner of the net in the 99th second of the game. The stadium was jam-packed and fans went crazy. However, Belgium won the game 2-1.

The first place in the top five fastest goals scored in Euro is in the name of Dmitri Kirichenko of Russia. Russia had lost two back-to-back games in the group stage and the gaffer decided to give a chance to Dmitri Kirichenko. He scored within 67 seconds of the kick-off. The player slotted the ball behind Antonios Nikopolidis and it remains as the fastest goals in the history of the European Championship