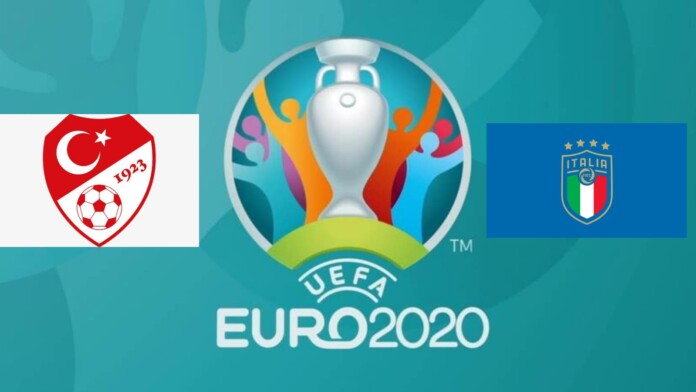 The biggest carnival of European football is finally about to start today, and after an extended wait of a year, we are simply thrilled about it. 24 teams will compete over a month in the European Championship to lift the title on 11th July and declare their supremacy over their continental rivals.

The Group A opener sees Turkey face Italy, the first of 51 matches taking place across 31 days in eleven different cities. The first match will see one of the pre-tournament underdogs get straight into action against one of the well-established nations of Europe.

Previous Meetings between Turkey and Italy

In the ten previous games between the sides, Italy have won 7, drawn 3 and never lost. While that might not bode well for Turkey, the two most recent meetings between the teams ended in 1-1 draws, although the most recent of those was back in 2006.

The Italian side will go into the EURO 2020 with one of the strongest squads in the competition. Under Roberto Mancini, the Azurris have earned some exceptional results in the past few years and would look to better themselves by winning this tournament. After the 2018 World Cup fiasco, where they failed to qualify for the main event this tournament serves as the perfect chance for them to prove their doubters wrong.

Turkey is one of the underdogs going into the EURO 2020, and many pundits have named them as a team who would spring a surprise or two during the course of the tournament. With players like Soyuncu, Demiral, Ozan Kabak in defense, and the likes of Calhanoglu, Cengiz Under to man the midfield they have a good mixture of experience and youth in them. A rejuvenated striker in Burak Yilmaz, who recently lifted the Ligue 1 trophy with Lille will also have a huge part to play for the Turks this summer.

Who will win Turkey vs Italy match

Italy would be very keen to start the first match of the tournament with a win and would be also lifted by the 17,000 strong home support they would enjoy, playing in Rome. We are predicting a 2-0 Italy win and believe that their experience of playing at the higher stages would hold them in good stead going into the tournament opener.

Also Read: EURO 2020: Turkey vs Italy LIVE stream: When, Where, and How to Watch