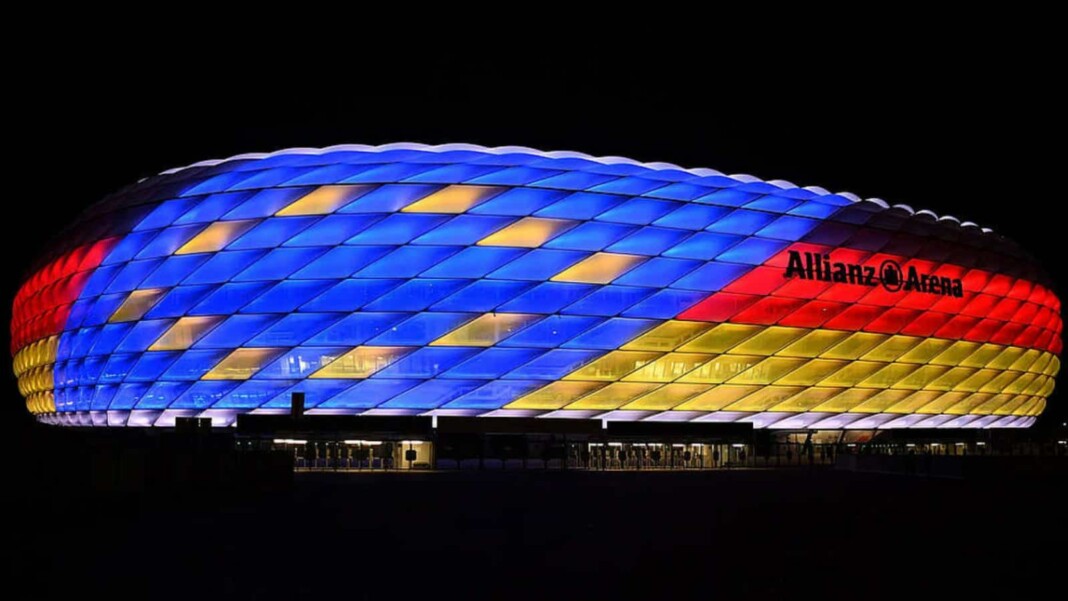 The European Championships will get underway on the 11th of June and will see a total of 24 participating nations fight for dominance over the European continent. The 16th edition will finally kick off a year later than its slated date due to the Covid-19 pandemic which has just added to the expectations of the fans regarding the marquee tournament.

The 16th edition of the European Championships will not see a host country but will instead be played in 11 cities across 11 UEFA Nations. Germany have managed to earn themselves a hosting right and will host matches at the Allianz Arena in Munich.

The Allianz Arena is one of the premier stadiums in Europe and plays home to Bayern Munich throughout the domestic season. It is also used for Germany’s international home games and is the second largest arena in Germany with a capacity of 75,000.

The Arena was confirmed as a venue for the Euro 2020 only in April and will stage all of Germany’s home games. It will also stage a Round of 16 match making it a total of 4 matches for the stadium.

Although, it has a capacity of 75,000 the maximum attendance for the Euros has been capped at a maximum of 14,500 owing to the strict Covid-19 protocols in place in the country.

Expect a number of fiery games in Munich as Germany have been placed in the Group of Death alongside the likes of Portugal, France and Hungary. Germany would love the added advantage of playing in front of their home crowd to give themselves a boost against these teams who are among the favourites to win the competition.

Matches to be played at the Allianz Arena

Also Read: EURO 2020 Venues- All you need to know about Wembley Stadium