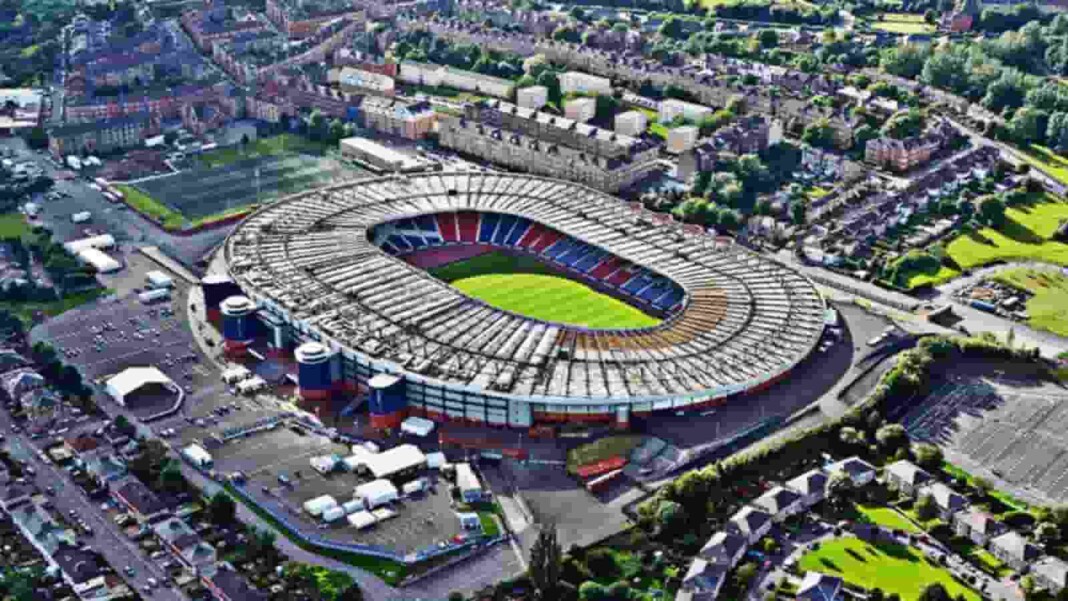 The European Championships will get underway on the 11th of June and will see a total of 24 participating nations fight for dominance over the European continent. The 16th edition will finally kick off a year later than its slated date due to the Covid-19 pandemic which has just added to the expectations of the fans regarding the marquee tournament.

The EURO 2020 will be played in different circumstances this year in a total of 11 countries across Europe. UEFA have named Scotland as one of the host nations, and the matches would be played in the iconic Hampden Park in Glasgow.

The Hampden Park is the oldest international football stadium in the world and serves as the national stadium of Scotland. Owned by the Scottish FA, the 51,000 capacity venue is used for the latter stages of the Scottish Cup and Scottish League Cup competitions.

The stadium was initially built in 1903 and was reconfigured in 2014 as an athletics stadium for the 2014 Commonwealth Games. The venue hosted the record attendance of 149,415, for a Scotland v England match in 1937, which is the European record for an international football match.

However, the number has drastically reduced over the years and it now stands at 52,000. It will play host to two of Scotland’s matches, and another match of Group D in the EURO 2020 and will also host a Round of 16 match.

Matches slated to be held at Hampden Park, Glasgow

Also Read: EURO 2020 Venues: All you need to know about St Petersburg, Russia