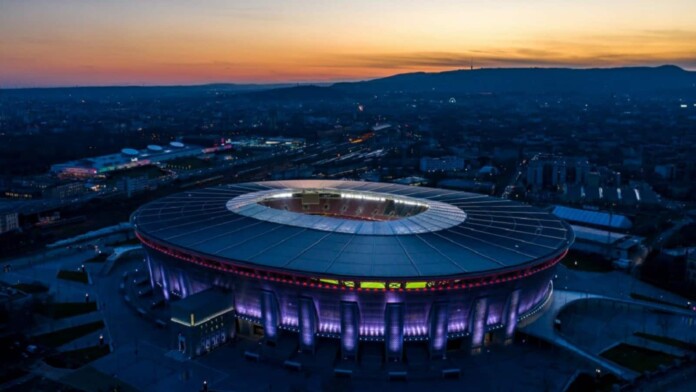 The European Championships are returning on the 11th of June this year and a total of 24 European teams will vie for the ultimate winners tag. And for the first time in the 61-year history of the tournament, the Euro Cup will not be hosted in a particular nation but will instead be held all over the European continent.

The Covid-19 pandemic forced the tournament to be postponed last year and later caused two of the original host cities, Dublin and Bilbao, to give up their fixtures. A total of 11 cities across 11 nations will play host to the tournament this year. We take a look at one of the EURO 2020 venues here the Puskas Arena in Budapest, Bulgaria.

The Puskas Arena in Budapest is a new stadium which was constructed in 2019. It replaced the old Ferenc Puskas stadium which was demolished at the same site in 2016. It has staged only 6 international games so far in its 2 year old life and played host to a number of UEFA Champions League matches this year which had to be shifted from its original venue due to the Covid-19 pandemic.

The Puskas Arena will host 2 of their national team’s group games against France and Portugal. In all total it will host 4 games in the entire tournament including a Round of 16 game. It will be the only stadium which will be almost packed to its full capacity with the Hungarian government allowing 61,000 spectators into the stadium.

Matches Slated to be hosted at Puskas Arena in Budapest