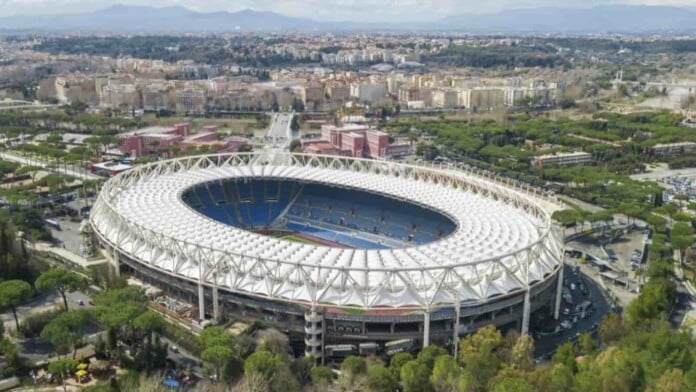 The 16th edition of the European Championships is almost about to start after a long wait of more than a year caused by the Covid-19 pandemic. The EURO 2020 will see 24 European teams fight for supremacy cometh the 11th of June.

For the first time in the 61-year history of the tournament, the Euro Cup will not be hosted in a particular nation but will instead be held all over the European continent. A total of 11 cities across 11 nations will play host to the tournament this year. We take a look at one of the EURO 2020 venues here the Stadio Olimpico Stadium of Rome in Italy.

The Stadio Olimpico is one of the oldest stadiums in Europe and plays host to the Italian clubs Roma and Lazio in Serie A. The stadium will host all of Italy’s Group A games. The stadium was refurnished for the 1990 FIFA World Cup, and staged the final that year.

In 2007, the Olimpico Stadium underwent further refurbishment in order to conform to UEFA standards for the 2009 Champions League final between Barcelona and Manchester United. It has also hosted three other European Cup finals prior to the one in 2009. The stadium boasts of a maximum capacity of 68,000 but only 17,000 people would be allowed inside the stands.

Matches Slated to be held at Stadio Olimpico in Rome

Also Read: EURO 2020 Venues- All you need to know about Hampden Park in Scotland