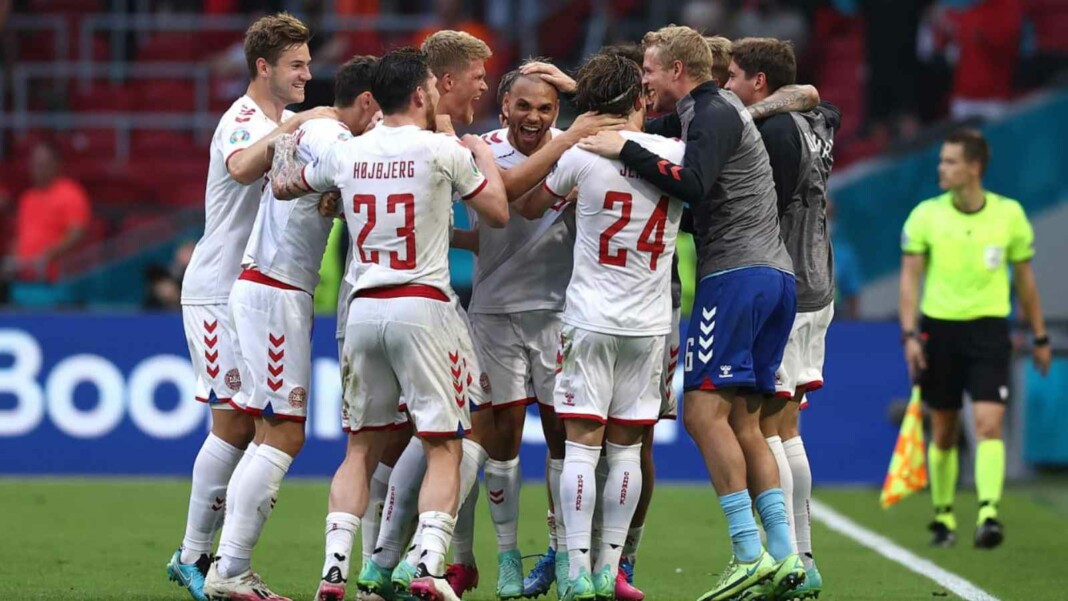 Denmark have become the first team to qualify for the quarter finals of EURO 2020, as they thumped their rivals Wales for 4 goals. Kasper Dolberg’s twin striker was followed up by late strikes from Maehle and Braithwaite.

The Danes have continued their ascendancy in the EURO 2020 so far and will now face the winner of the Netherlands and Czech Republic match.

Check out the FirstSportz EURO 2020, Wales vs Denmark Player Ratings.

Ward- 6/10- Conceded 4 goals in total and was left all at see by his weak defenders.

Roberts- 5.5/10- The right-back was forced off with an injury inside the first half and did not have much impact while on the pitch.

Mepham- 5.5/10- Crumpled under pressure and was all at sea while defending the numerous attacks from the Danish forwards.

Rodon- 6/10- At fault for Dolberg’s first goal when he let his man twist and turn before Dolberg struck his fierce shots.

Davies- 6/10- The left-back had a match to forget and most of the attacks in the second half came from his side, as he failed to perform his defensive duties.

Morrell- 6.5/10- Failed to get himself acclimatized with the pace of the game and was an absent figure in the middle of the park often gifting away easy possession.

Allen- 5.5/10- The experienced midfielder could not keep Denmark quiet as much as he would have liked. Failed to influence Wales’ attacking play as well.

Bale- 6/10- Another star of the Welsh team who had an unforgettable match, received a yellow card at the end when he lashed out in frustration.

Ramsey- 6/10- His creativity was not visible in this match, and Wales failed to replace him as they found it hard to force scoring opportunities.

James- 6.5/10- Tried to provide Wales the extra boost with his pace, and got a chance when he shot wide from just outside the box.

Moore- 6/10- Largely absent in the match, mainly because of the lack of service provided to him, was martialed well by the Danes.

Schmeichel- 7/10- The goalkeeper was largely untested in goal, but when called upon displayed his commanding presence over the penalty box.

Maehle- 8/10- Scored the 3rd goal to put the match beyond result to bed in the 88th minute of the match as Wales looked to make their way back.

Vestergaard- 7.5/10- A solid display in defence and manned the likes of Ramsey and Daniel James well, so much so that they were largely invisible during the game.

Christensen- 7.5/10- Kept Gareth Bale quiet throughout the game and his distribution was top notch throughout the match, continues his good form in EURO 2020.

Stryger- 7.5/10- Came in as a replacement for Daniel Wass and was bundle of energy down the left flank for Denmark causing Wales a lot of trouble.

Hojbjerg- 7/10- Denmark’s midfield general had yet another great game controlling the pace of the game, and nipping out Wales’ attacks in the bud.

Delaney- 7/10- The midfielder had a good game before being substituted in the second half for a much needed breather.

Damsgaard- 8/10- Another sparkling display from the dynamite midfielder, laid on the ball for Dolberg for his first goal.

Dolberg- 9/10- An excellent performance from the striker scoring a brace. The first strike was simply because of his individual brilliance and the next one came from good fortune.

Braithwaite- 8.5/10- Grabbed a goal for himself at the dying minutes of the match and had a hand in Denmark’s second goal as well. 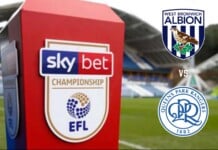