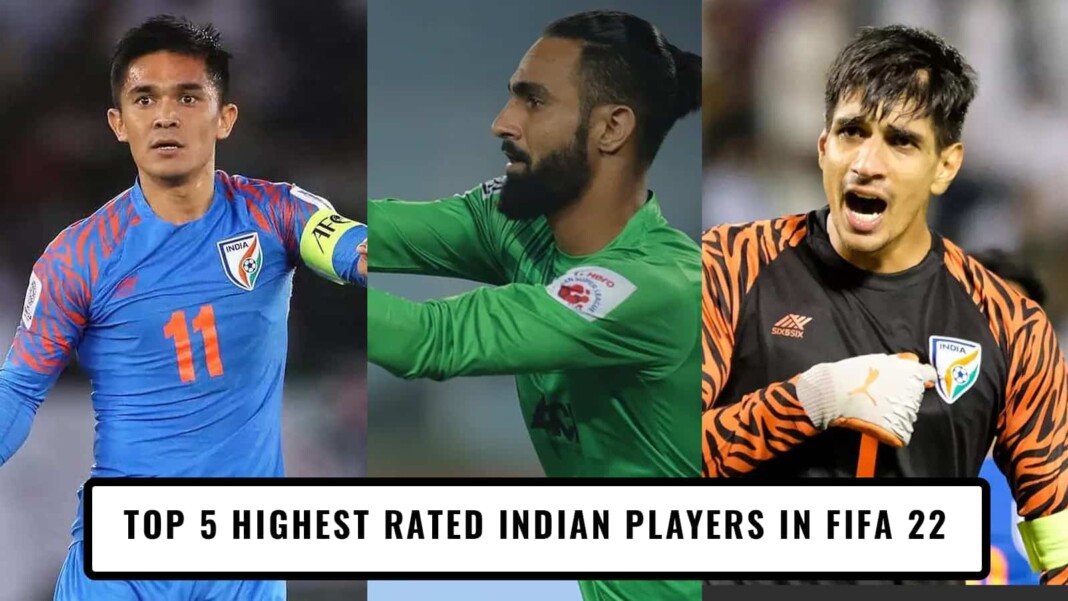 EA Sports just released the 2022 edition of the one of the most popular games around the globe, FIFA, which means the overall player rating are out too. Not only fans, but many famous players are also enjoyers of the game, and now FIFA 22.

The game frequently generates interest among fans with their player ratings, and this year was no exception, as they demoted five-time Ballon d’Or recipient Cristiano Ronaldo from 92 overall to 91. Lionel Messi has yet again led the overall list with 93 overall, like he did the year before.

The inclusion of the Indian Super League in the newly launched FIFA 22 has left all Indian fans delighted. However, Indian players who are playing in unrecognized leagues, like ace defender Sandesh Jhingan, are not included in the game.

The game will have both the PC and PlayStation versions and is available throughout in the world. As the players are compared on basis of their overall FIFA ratings in the modern world, let us take a peek at the Top 5 highest rated Indians in the game.

As a reward to his outstanding run with ATK Mohun Bagan and the Indian National team, Pritam Kotal is given a bronze card in the new FIFA 22 with an overall player rating of 63. This also makes him the second highest rated Indian outfield player in the game.

Arindam Bhattacharya, who has recently moved to East Bengal for the forthcoming Indian Super League campaign, is the fourth-best Indian player in FIFA 22. The previous ATK Mohun Bagan goalkeeper has also represented India at the national level and had won the Golden Glove accolade in the 2020/21 ISL season.

Amrinder Singh’s excellent performances in goal resulted in a switch to ATK Mohun Bagan in the summer, and the 28-year-old had previously played for a number of elite clubs also. The goalkeeper’s heroics have also earned him a call-up to the India national squad.

Gurpreet Singh Sandhu, who plays for Bengaluru FC in the Indian Super League, is also the first Indian footballer to play in the UEFA Europa League. The 29-year-old has previously played for Norwegian football club Stabaek, where he has appeared in 11 games. He is currently India’s undisputed No. 1.

Sunil Chhetri is the most well-known figure in Indian football, therefore it’s no shock that the attacker has the biggest rating of any Indian player in FIFA 22, with a rating of 68. He is now the third-highest active goal-scorer in the world, after only Cristiano Ronaldo and Lionel Messi.