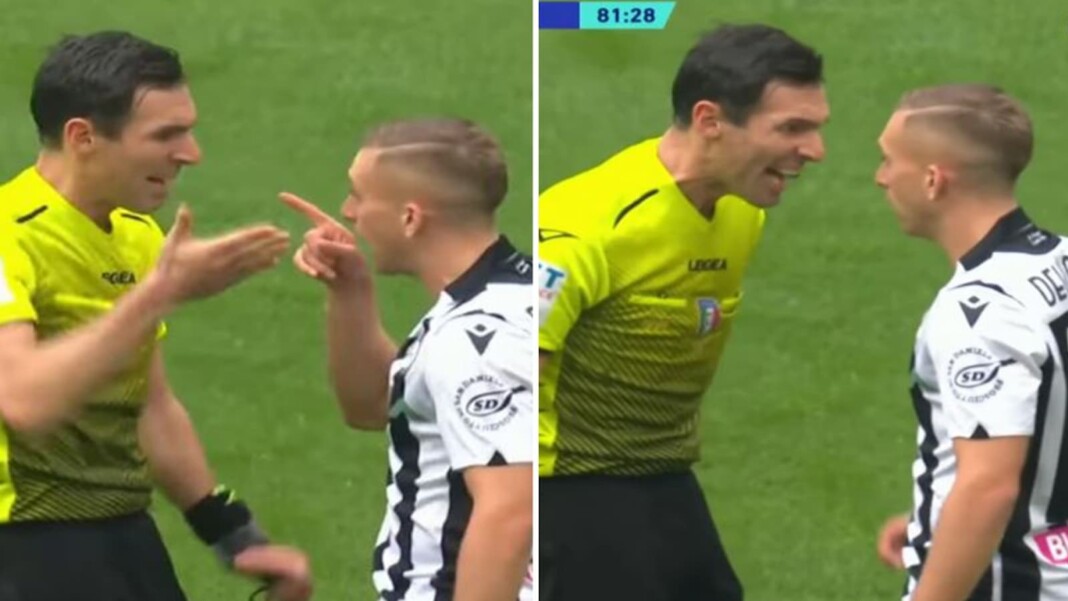 Udinese winger, Gerard Deulofeu found himself on the wrong side of the referee and the result after his side slumped to a 2-0 defeat against Inter Milan in the Serie A encounter this weekend. The Spanish international thought he had pulled a goal back for his side in the 81st minute of the match to give them a glimmer of hope of rescuing the match after Joaquin Correa’s twin strikes had put Inter two goals to the good.

However, Deulofeu’s joy was short-lived as the goal was chalked off for an offside in the build-up and he launched a customary protest to the referee arguing against the decision. What happened next, would help Gerard Deulofeu and a number of players keep his emotions in check in the future especially when arguing with the referee.

The Italian ref, Juan Luca Sacchi, had none of his protests and instead launched a verbal attack on the player rather angrily asking him to calm down rather than protesting against the decision which was correct in the first place. The referee screamed at Gerard Deulofeu, to which he was rather startled and decided to take himself away from the man in charge.

The moment was quite odd and drew appreciation from fans across the world where they wished more referees to take charge of the situation and not get bogged down to the mere numerical superiority of the players. It immediately brought out memories of the former Italian referee Pierluigi Collina who was one of the best and most feared of all time.