Who are the Indian assistant managers of Indian Super League clubs? 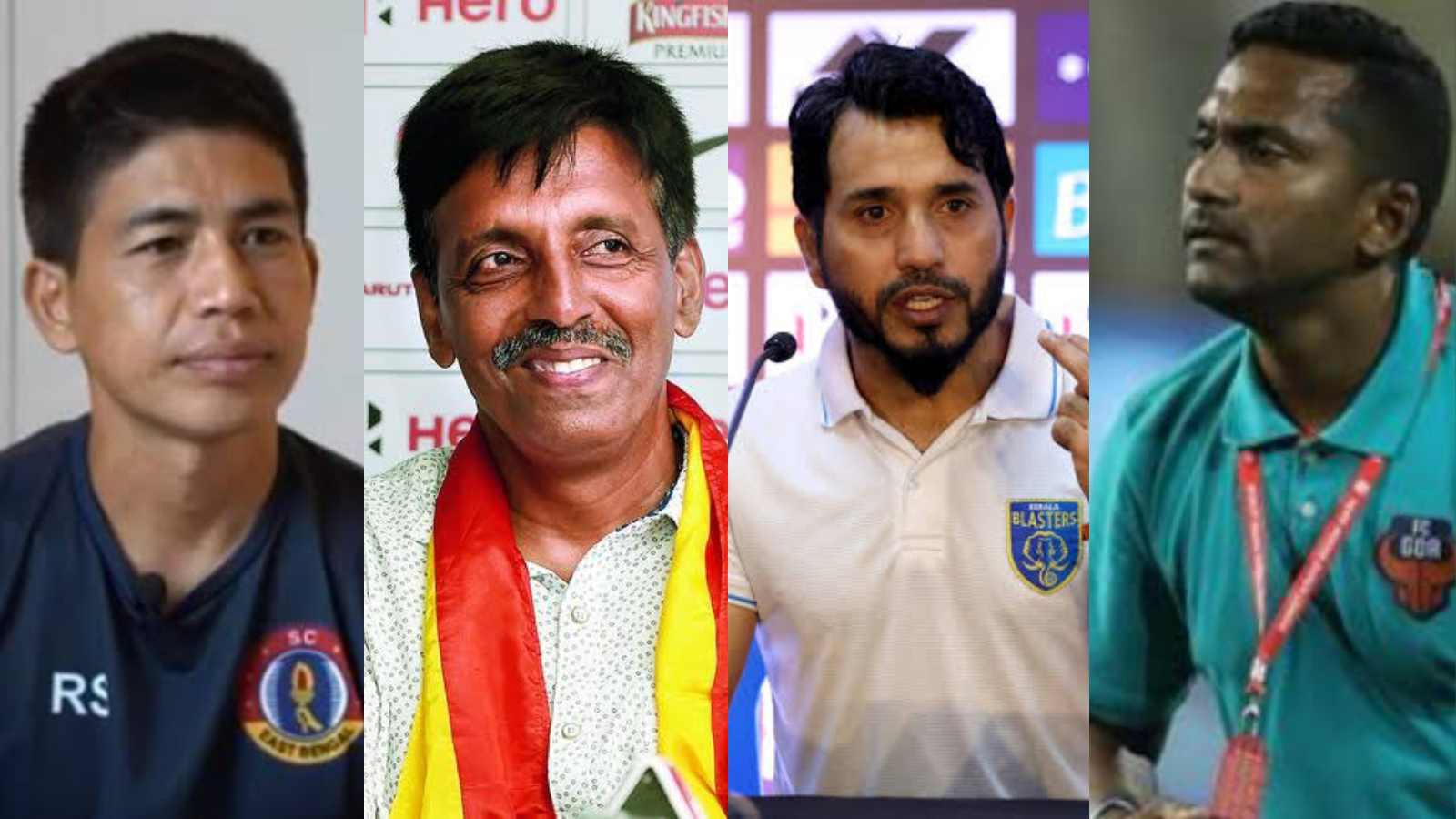 The Indian Super League is the highest level of club football in India. Since its inception in 2014, the league has taken Indian football ahead by leaps and bounds, boosting the football scenario in India. The ISL has helped identify Indian talents from the grassroots through the various club programmes.

Not only has it been a platform for the young players to show their talent, but it has also served as the perfect ground for the Indian managers to learn the trade from the more experienced and fancied foreign coaches from all over the world.

With the eighth season of the prestigious league all set to kick off on the 19th of November, we take a look into the Indian assistant managers who would be seen in the dugouts of all 11 clubs.

The former East Bengal coach, Bastob Roy has been a long associate of ATK in the Indian Super League. Bastob Roy joined Atletico De Kolkata in 2015, as the assistant coach. The Indian coach also took charge of the first team during their ISL winning season in 2016 when the head coach Jose Molina was suspended for a match. ATK won the match by a margin of 2-1 and he has continued in the role for the coming years. Bastob Roy will work as the secondary to Antonio Lopez Habas at ATK Mohun Bagan this season.

Naushad Moosa will have a reduced role as an assistant manager this season, after he served as the head coach of Bengaluru FC last season, after the departure of Carles Cuadrat. The Indian had a relatively decent season during his charge of the first team and won 2 matches out of 11 he managed. In the past, he has worked with the Air India football club, Pune Football Club and as the Mumbai youth coach.

Syed Sabir Pasha is a former Indian international and is the current assistant manager of Chennaiyin FC. he made 68 appearances for India before retiring in 2007. After retiring, he started his coaching career with his former club Indian Bank. He also managed the Tamil Nadu stateside and took them to the finals of the Santosh Trophy in the first season itself. Pasha joined Chennaiyin FC in 2016 and has worked as the assistant manager at the club since then.

One of the prominent footballing stars during his playing days, Clifford Miranda has also built a great reputation as an assistant manager. Miranda started coaching at his native side, FC Goa in 2018 and has remained at the club since then. Initially, he started out as the coach of the FC Goa reserves side, and he worked his way up the ladder to claim a role as the assistant manager in 2019. He was even named the interim coach of the side in 2019, following the departure of Sergio Lobera. However, he moved back to assistant manager in 2020 and will continue in the role this season as well under Juan Ferrando.

Thagboi Singto has a dual role at Hyderabad FC, where he also serves as the technical director of the club alongside his role as an assistant manager. Singto started his coaching career with I-League side Shillong Lajong, where he spent 4 seasons from 2013 to 2017. The Indian manager has since then gone on to work with a number of Indian Super League clubs in NorthEast United FC, Kerala Blasters and Odisha FC. He will work as the second in command to Manuel Márquez Roca this season at Hyderabad FC.

Noel Wilson will be seen in the Jamshedpur FC dugout for the second consecutive season, bringing out notes and instructions under the watchful eyes of head coach Owen Coyle. A midfielder during his playing days, he made 20 appearances for India from 2001. Wilson started his coaching career in 2019 with South United FC in the I-League 2nd Division.

Renedy Singh has served as the assistant manager at SC East Bengal since 2020. The former Indian skipper and midfielder made 72 appearances for the Indian national side and played for some of the top Indian clubs during his time. He started his coaching career in 2015. He worked as the assistant manager at FC Pune City in 2015 and went on to manage the I-League club NEROCA FC in 2019.

Anthony Fernandes is a notable name in Indian football and previously worked as the interim manager of Air India Football Club in the 2012/13 season. he oversaw 7 matches in charge of the side winning a single match and will be seen in the Mumbai City FC coaching staff this season, working closely with Des Buckingham.

Alison Kharsyntiew will be seen in the NorthEast United dugout throughout the season, serving as the secondary to Khalid Jamil. The 34-year old Indian has managed I-league club, Shillong Lajong in the past for an entire season, after rising through the ranks at the club working as coaches of various age-group sides.

Ishfaq Ahmed is one of the few assistant coaches in the ISL, who has had the first-hand experience of playing in the league himself. The former Indian footballer has 25 appearances to his name in the Indian Super League. Ishfaq Ahmed started his coaching career in 2015, as a player-assistant manager with his then club Kerala Blasters FC. He left Kerala to serve as the assistant manager at Jamshedpur FC under the guidance of Steve Coppell. After a season at Jamshedpur, he once again returned to Kerala Blasters as the assistant manager and has continued in that role ever since.

Anshul Katiyar was appointed as the assistant manager of Odisha FC this season and will work under their new head coach Francisco “Kiko” Ramirez Gonzalez. Katiyar has plenty of experience in the ISL and has worked as the assistant manager of Hyderabad FC and Pune City in the past. He also served as the head coach of these clubs’ reserve teams and has worked with some prominent football schools in India like Delhi United FC, Garhwal FC and Bhaichung Bhutia Football School.

Also Read: ISL Winners list: Champions from each season of the league