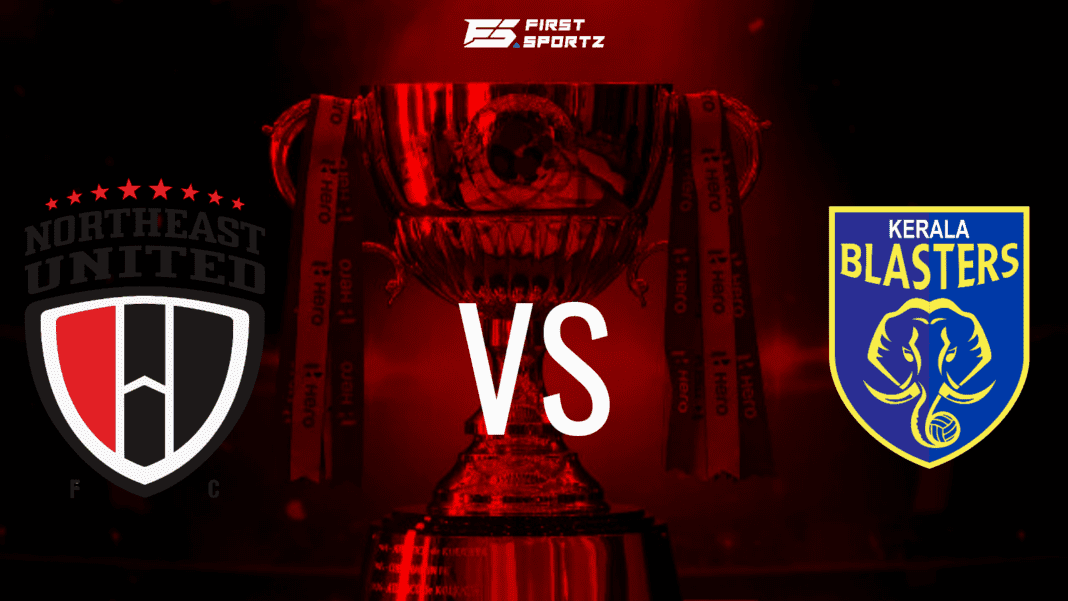 The eighth edition of the Indian Super League is well and truly underway and is all set to stay on for the next couple of months. In the first match of the second match-day, NorthEast United FC will be taking on Kerala Blasters on the 25th of November.

NorthEast United are coming off the back of a 4-2 defeat against Bengaluru FC in their first match of this year’s ISL. Khalid Jamil’s side were clearly the lesser of the two sides and despite Deshorn brown and Mathias Coureour scoring two goals early on, the Highlanders could not control their defensive lapses towards the end of the match.

On the other hand, Kerala Blasters have also made a similar start to their season as their opponents, where they suffered a 4-2 defeat against ATK Mohun Bagan in the first match of this year’s Indian Super League. The Islanders will be boosted with the return of Federico Gallego and Patrick Flottman, two of their premier foreign stars who are expected to be fit for the encounter.

The match between NorthEast United FC and Kerala Blasters will be played in the Pandit Jawaharlal Nehru Stadium or also commonly known as the Fatorda Stadium. It has a capacity to seat 19,000 spectators people although due to Covid-19 restrictions the match will have no fans to support their respective teams.

Both these sides will be looking to get their season underway, after suffering defeat in their first match. We predict a 2-1 victory for NorthEast United.