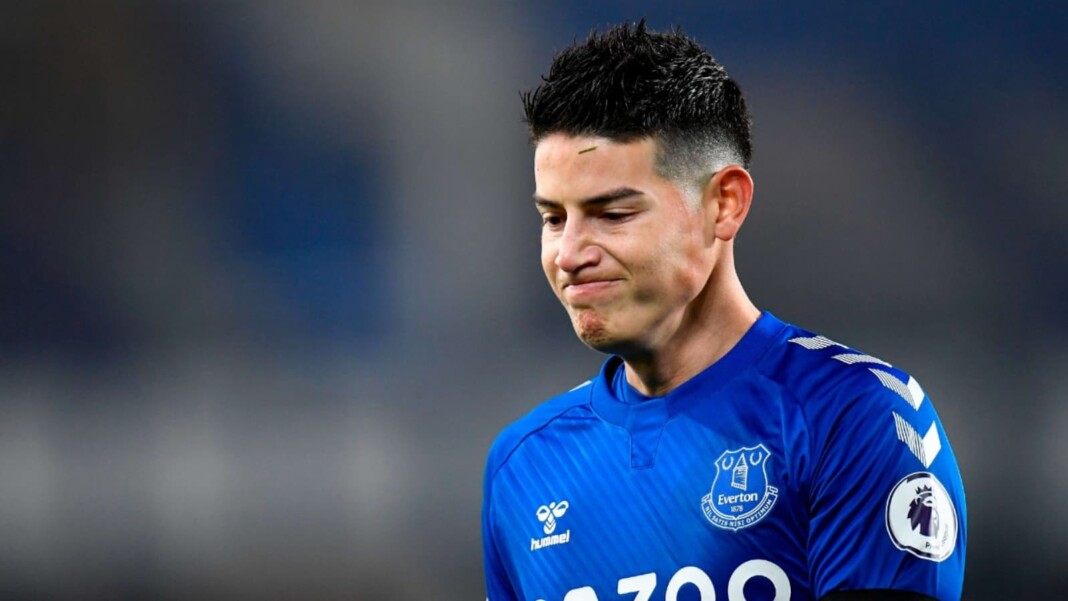 Everton midfielder James Rodriguez is currently in talks with an “unnamed Qatari club” to discuss his future this season. The midfielder has not played for the Premie League side, since Rafa Benitez took over the managerial role this season.

James joined Everton from Real Madrid in 2019, to reunite with Carlo Ancelotti but the move has not paid off for the Colombian as he failed to live up to the expectations. However, the Colombian wants to play football and is looking for a move to the middle east to rekindle his career.

Benitez refused to call up James Rodriguez to Saturday’s 3-0 defeat away at Aston Villa, even though the Everton boss only named eight substitutes instead of the nine allowed in a matchday squad, with the Toffees currently in an injury crisis.

He is the currently highest-paid Everton player, pocketing around £200,000 a week, but Benitez refused to include him in his plans for the season. The move will help Everton reduce their wage bill significantly and will also allow them to target certain players in the winter transfer market later in January.

James was offered to Portuguese club FC Porto in the summer transfer window, but a deal could not be finalized and the player had to remain at Everton beyond the summer. However, a move can still yet be made to Qatar, given the fact that the transfer window remains active till 30th September in the middle east country.