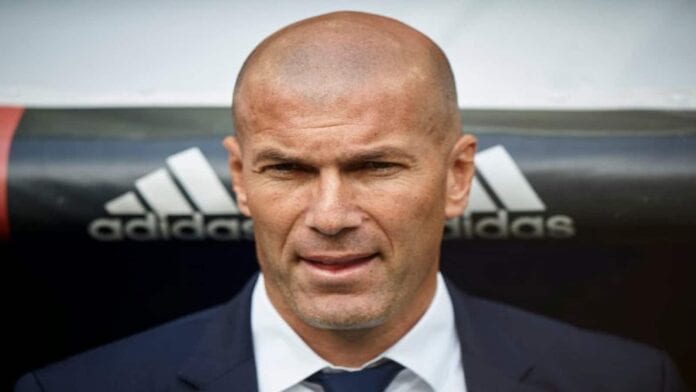 With the transfer season about to begin next month clubs are planning to get the best players and managers on board. The recent transfer link-up of current Real Madrid FC manager Zinedine Zidane to Juventus FC is doing the rounds. Although Pirlo hasn’t stood up to his expectations, higher-ups at Juventus FC have claimed that Pirlo will remain the manager in the next season. The Turin side is currently at the 5th position in Serie A and qualifying for the next Champions League season looks a difficult proposition at the moment.

Maurizio Sarri who won the Scudetto during the 2019-20 season was removed last season and Andre Pirlo was brought in. Juventus FC was knocked out of this season’s Champions League after losing to FC Porto in the pre-quarters. On 10th May the Old Lady was beaten 3-0 by AC Milan at home. At present, the odds are against Andrea Pirlo. Zinedine Zidane has enjoyed a satisfactory run as Real Madrid FC is at the 3rd position in the La Liga at the moment and even made it to the semi-finals of the 2020-21 Champions League season. The Los Blancos were short of some big names as they were out of action due to injury concerns in the semifinals of the Champions League.

Zidane is set to leave Real Madrid at the end of the season. The 48-year-old manager had earlier represented Juventus FC as a player and knows about the level of competition involved in the Serie A. The Juventus FC management respects him as a player, manager as well as a human being. Along with Zidane, Massimiliano Allegri’s name is also doing the rounds. The Italian was removed as Juventus FC manager in 2019 but has also won 13 titles for Juventus which strengthens his also chances of reappointment.

If Zidane agrees to sign the deal with the Turin side then the Frenchman would be a vital figure in the entire set-up. He has this unique ability to bring the best out of any player. Zidane has been like a mentor for the younger players who have enjoyed playing under him and prospered under his guidance. The 48- year-old can bring the best out of ordinary players with his methodical and strategic acumen.

Zidane possesses a clever footballing acumen and is known for his clever man-management. If the deal is successful, it will be interesting to see what type of formation he employs as currently, the Frenchman uses a 4-3-3 formation as Real Madrid FC manager. It will be interesting to see how he works with Cristiano Ronaldo if Ronaldo decides to stay at the club as the charismatic striker has been linked with a move to Manchester United FC and might even play for Sporting CP in the future. Paulo Dybala’s contract renewal confirmation is still not clear while Alvaro Morata might stay at the club and could be exchanged with Paulo Dybala by Atletico Madrid.

If any of these strikers decide to leave the club the team management, as well as the Juventus FC owners, will have to make suitable replacements. Veteran goalkeeper Gianluigi Buffon is all set to leave next season so that replacement would also be crucial. Midfielders Adrien Rabiot, Aaron Ramsey and Juan Cuadrado’s rapport with Zidane would be crucial. Zidane has won 11 titles as manager including 3 Champions League titles.

Zidane could have the luxury of 2 of the most experienced defenders in the form of Giorgio Chiellini and Leonardo Bonucci if the two veterans stay at the club. Zidane’s presence would boost the side and younger players would gain a lot tactically, temperamentally as well as technically. It needs to be seen what decision the Frenchman takes and whether Juventus FC owners decide to continue with Andrea Pirlo or replace him with Zidane.