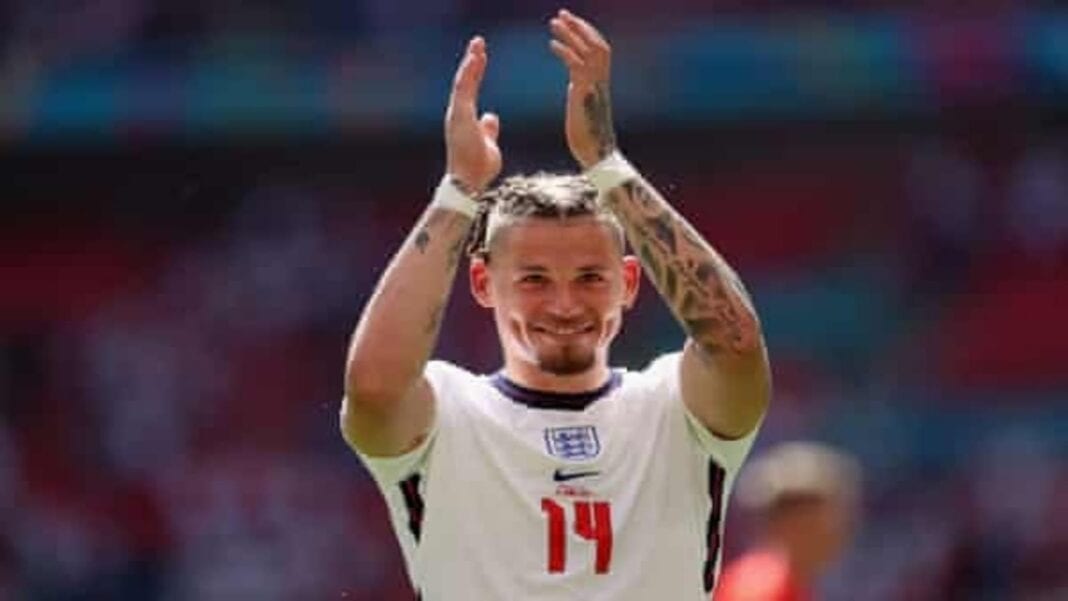 On 13th June 2021, we witnessed the arrival of a new star when England beat Croatia in the Group D encounter of the Euro Championships. Yes, we are talking about none other than Leeds United midfielder Kalvin Phillips. So, who is Kalvin Phillips? The 25-year-old was born to an Irish mother and Jamaican father in Leeds on 25th December 1995. Growing up things weren’t easy as the family went through a tough phase as in one of the tragic incidents Phillips lost one of his sisters when they were kids. His mother struggled hard to support the rest of the family members. Phillips had once stated his family supported him immensely to shape his career.

He was enrolled in a local club called Wortley which gave a major push to his career. Although his teachers wanted him to focus on his education but Phillips followed his heart as his first passion was playing football. The Yorkshire Pirlo as he is fondly called joined Leeds United in 2010 and in 2014 got his first breakthrough for the club when he made satisfactory progress with decent performances. He got selected for the team that played Sunderland FC in the FA Cup third round but couldn’t play in that game as he was in the reserves. The midfielder made his debut for Leeds united in April 2015.

As time progressed Phillips kept on impressing with his performances and his fine displays helped Leeds United avoid relegation and stay in the 2020-21 Premier League season. His performances earned Leeds United a place in the 2020-21 Premier League season also. Phillips has adapted well to the 4-1-4-1 system adopted by manager Marcelo Biesla at Leeds United. A big club gave him a 27 million pound offer for a 5 year period but the Yorkshire Pirlo decided to stay loyal towards Leeds United.

The Englishman likes to stay away from media glare as he likes to live a simple life quite unnatural to today’s modern-day players. On 13th June 2021, he got rewarded for his hard work and commitment. Although the goal in England’s first match of Euro 2020 was scored by Raheem Sterling but Phillips was right up there to produce a neat pass to Sterling who comfortably scored the goal.

Phillips lived under the shadows of big names like Harry Kane, Raheem Sterling and Marcus Rashford but this particular performance against Croatia would enlist him to another level. This performance will give him the exposure as well as the confidence to stay focused. Phillips manned the midfield in this entire game with aplomb and worked well in tandem with midfielders Phil Foden and Mason Mount. Phillips kept the tempo up with his fluent passing and well-controlled crosses.

With Jordan Henderson not being able to play due to fitness issues Phillips made full use of this opportunity. The Leeds United player showcased fine technique with his attractive footwork and managed to keep the possession with his skilful control. Former German skipper Michael Ballack praised Phillips efforts and even manager Gareth Southgate was all praise for the 25-year-old. This performance might act as a morale booster but on the other hand England as well as Leeds United fans would hope for many more performances like this in the future from him.

Also Read: Euro 2020: UEFA asks the players to not move the Sponsors’ drinks at press conferences after Coca Cola suffers a loss of $4 Billion