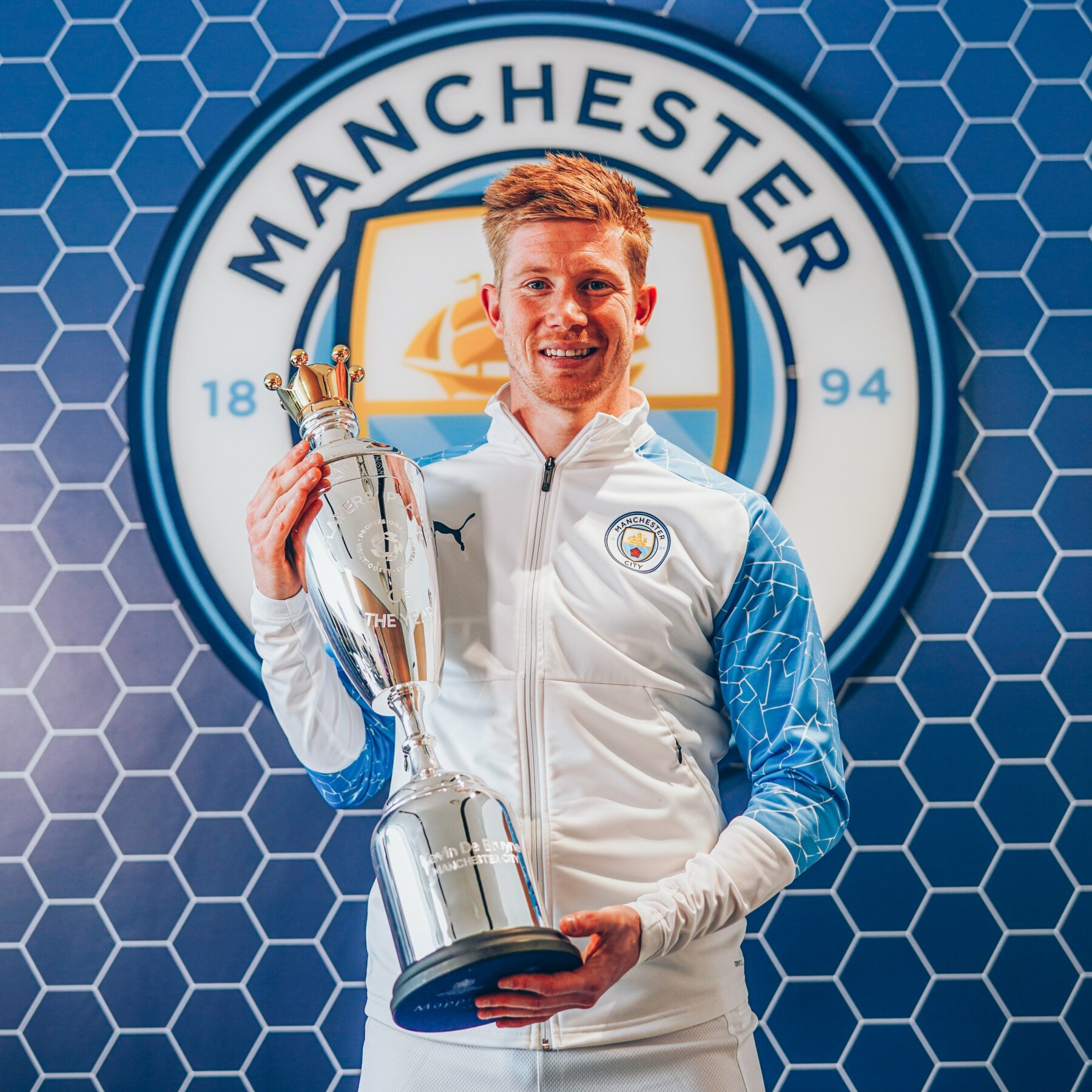 Kevin De Bruyne has won the Professional Footballers’ Association (PFA) Player of the Year award for the second consecutive year for his exceptional performance in the Premier League this season. He pipped Harry Kane and teammate Ruben Dias to win the award.

Kevin De Bruyne helped Manchester City win the Premier League and the Carabao Cup this season. With this award, De Bruyne became the third player after Thierry Henry and Cristiano Ronaldo to win the award on the trot for a second consecutive season.

Kevin De Bruyne scored a total of six goals and provided 11 assists for in Manchester City’s title winning campaign and was recognised by his fellow professionals for the award.

The 29-year old Belgian who is currently on national duty for Belgium in the Euros was evidently ecstatic at winning the award.

De Bruyne said, “You want to win all the trophies as a team and this is probably the most important one as an individual.”

“To be voted by your competitors, by players who you compete with every game – to choose you, that says a lot. When you have these things, you can show your kids and say: ‘Look, this is what daddy did when he was younger.'”

“It’s crazy. You talk about two legends in the game – one of the best strikers ever (Henry) and one of the top two players in the world (Ronaldo), so to do the same thing as them is crazy,” De Bruyne said.

Phil Foden won the Young Player of the Year award

Phil Foden was another one of Manchester City’s stars this season who helped them win their 3rd Premier League title in 4 years. Foden scored 16 goals and laid on a further 10 across 50 appearances for City in 2020-21 which ultimately led him to the Young Player of the Season award.