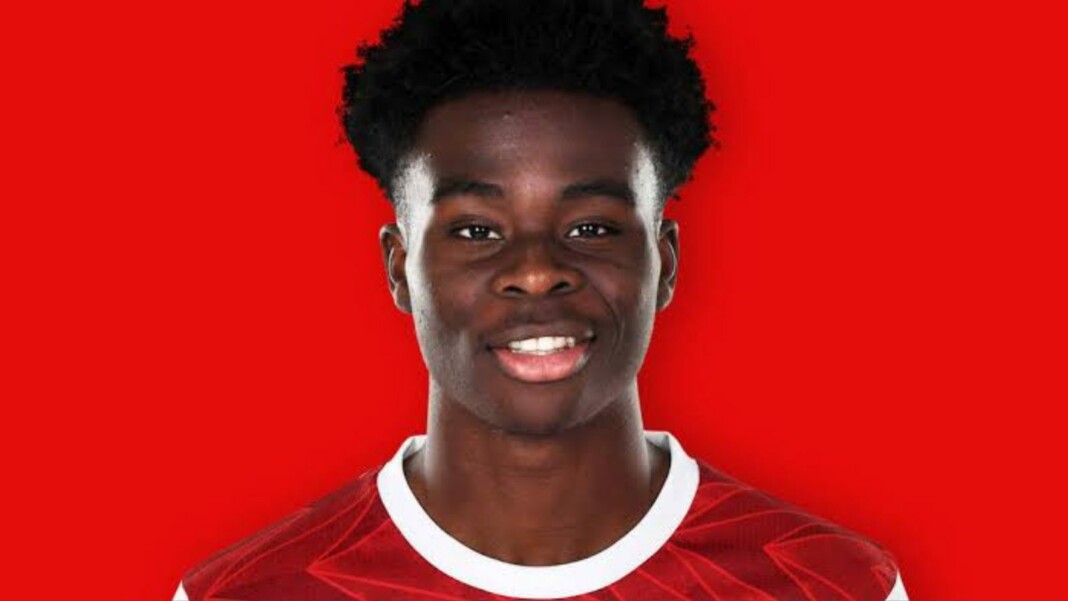 Bukayo Saka is an English professional footballer who plays for Premier League club Arsenal. The 19-year old youngster is one of England’s greatest talents and performed exceedingly well in the EURO 2020, where the Three Lions finished runners up behind Italy.

Saka is a highly versatile player and can play as a winger, left midfielder or a full back 3 depending upon his team and managers’ requirements. He initially joined Watford’s academy before moving onto the North London club in 2008, aged 8.

The club handed him a senior team contract as soon as he turned 17 and the player has already made a name for himself among the Gunners’ fans. He has made a total of 88 appearances for his club while scoring 11 goals.

Who is Bukayo Saka girlfriend?

Being one of the top talents and upcoming footballers, people often assume that he would be in a relationship as well. However, being just 19 years of age, Bukayo Saka is currently single and not dating anyone.

The teenager is solely focussed on his professional career at the moment and does not seem to involved with someone judging by his social media accounts and his interactions with the press.

Saka was born to Nigerian parents, who had decided to shift to London before the birth of their first child. Saka was born on 5th of September, 2001 in Ealing London and grew up in the city as a middle class kid.

His biggest inspiration to become a footballer was as his father, and he said, “My dad was a massive inspiration for me. From when I was young, he always kept me grounded.”

The youngster will soon be in action for his club side Arsenal when the Gunners take the field on the 14th of August against Brentford.