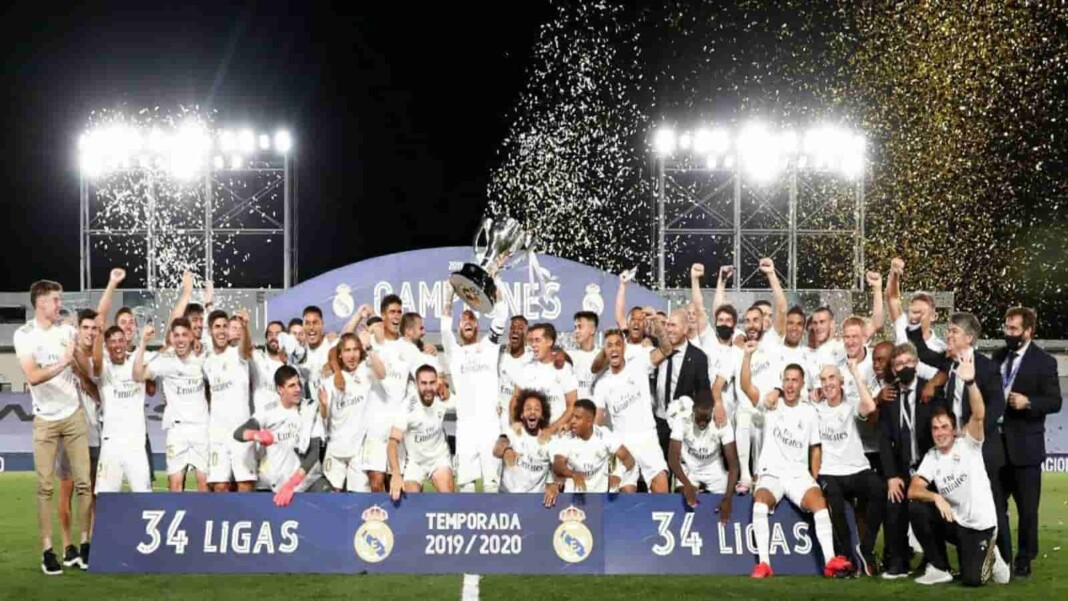 After a trophyless 2020-21 season, Real Madrid have undergone a major overhaul in regards of both their manager and club captain. A second position finish in La Liga and a defeat in the semi-finals of the UEFA Champions League meant shades of the trophyless season in 2018/19 returned to the Spanish capital.

The new season will see a new coach in the form of Carlo Ancelotti return to the club to take over the club in tumultuous and testing times for the 13-time Champions League winners.

Real Madrid will begin their 2021-22 La Liga season with a trip to Alaves on the first weekend, the 15th of August. The trip will be followed by trips to Levante and and Real Betis which was granted after Los Blancos made an official request to not schedule any games before September 12.

Real will return to their home ground- the Bernabeu stadium which is currently undergoing renovation and will only be operational from 12th of September.

Real Madrid’s first Clasico of the season in La Liga against eternal rivals Barcelona will be played on October 24, 2021 at Camp Nou. The Blaugranas will be welcomed to the newly opened Bernabeu stadium on March 20, 2022 as they collide in the league for the second time in 2021-22.

Real Madrid will welcome city rivals, Atletico Madrid in the Madrid derby on the 12th of December while they will take the short trip across the city on the 8th of May towards the end of the season in the return fixture.