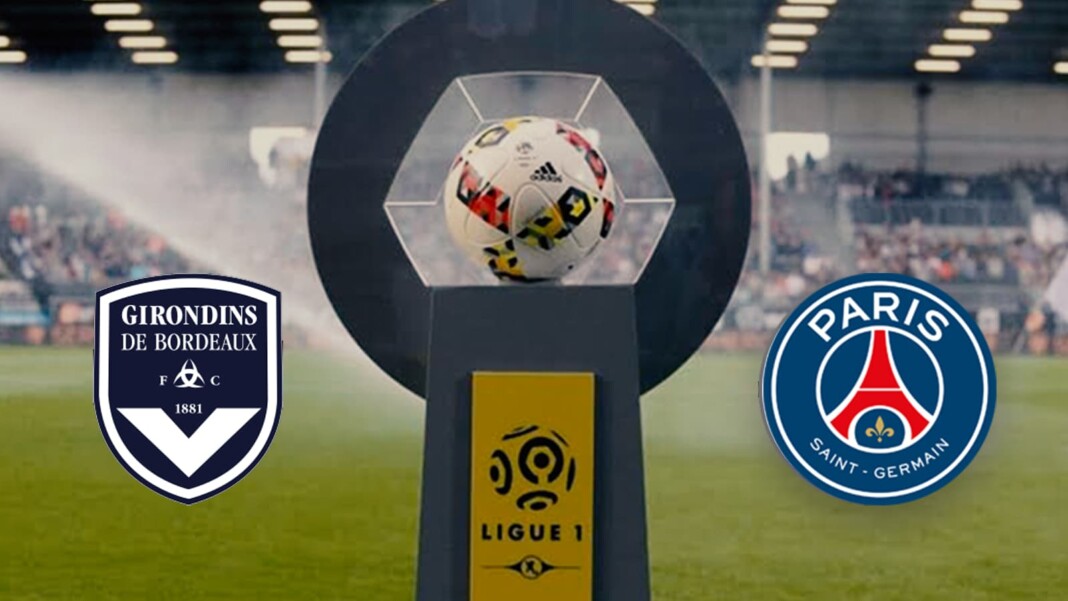 PSG travel to Matmut Atlantique to face Bordeaux in matchday 13 of Ligue 1 on Saturday 6th November. Ahead of the game here is our Bordeaux vs PSG live stream, preview and prediction details.

Bordeaux recorded their first win in the last six league games as they successfully beat Reims 3-2 at home. The home side were 1-0 down going into halftime with Hugo Ekitike on target for his side. Bordeaux manager Vladimir Petkovic made a triple substitute to shake things up. However Reims scored a second goal through Bradley Locko and things were not going well for the home side. However they were level after Yacine Adli and substitute Jimmy Briand scored in a space of five minutes.

The home side were awarded a penalty in the added time after VAR confirmed a handball from Reims defender Wout Faes. Jimmy Briand stepped up and kept his cool to score the decisive spot kick and steal all three points for his side.

PSG once again scraped through a 2-1 home win against Lille in their last game. Mauricio Pochettino had to name a few changes in the line up due to injuries and suspensions. Mbappe, Verratti missed the game due to illness and injury respectively, while Hakimi was suspended after his red card against Marseille in the last game. Lille started brightly and the pressure from the away side paid off as they went 1-0 up in the 31st minute after Jonathan David scored a tap in after some great work by Burak Yilmaz.

Messi’s wait for his first league goes on as he was substituted at halftime with a minor muscle injury. Di Maria was the hero for the French giants this time as he picked out Marquinhos who was unmarked at the far post for a first time finish after some great build up play. Di Maria then scored the winner in the 88th minute with a deft finish after playing a quick one-two win Neymar.

Bordeaux will welcome PSG at the Matmut Atlantique Stadium in Bordeaux, France. It is a UEFA category four stadium the highest rank given to a stadium. It has been the home of Bordeaux since 2015 and has a total capacity of 42,115 seats.

PSG drew 2-2 against Leipzig in their Champions League group stage game on Wednesday. The result could’ve been even worse if the German club would’ve taken their chances and the credit should go to Donnarumma who was fantastic in goal. They are top of Ligue 1 at the moment but the performances in the recent games have been far from good at the moment however we still predict PSG to get a victory against Bordeaux.

Also read: ‘They don’t play as a team,’ former French international claims PSG will not win the Champions League this season