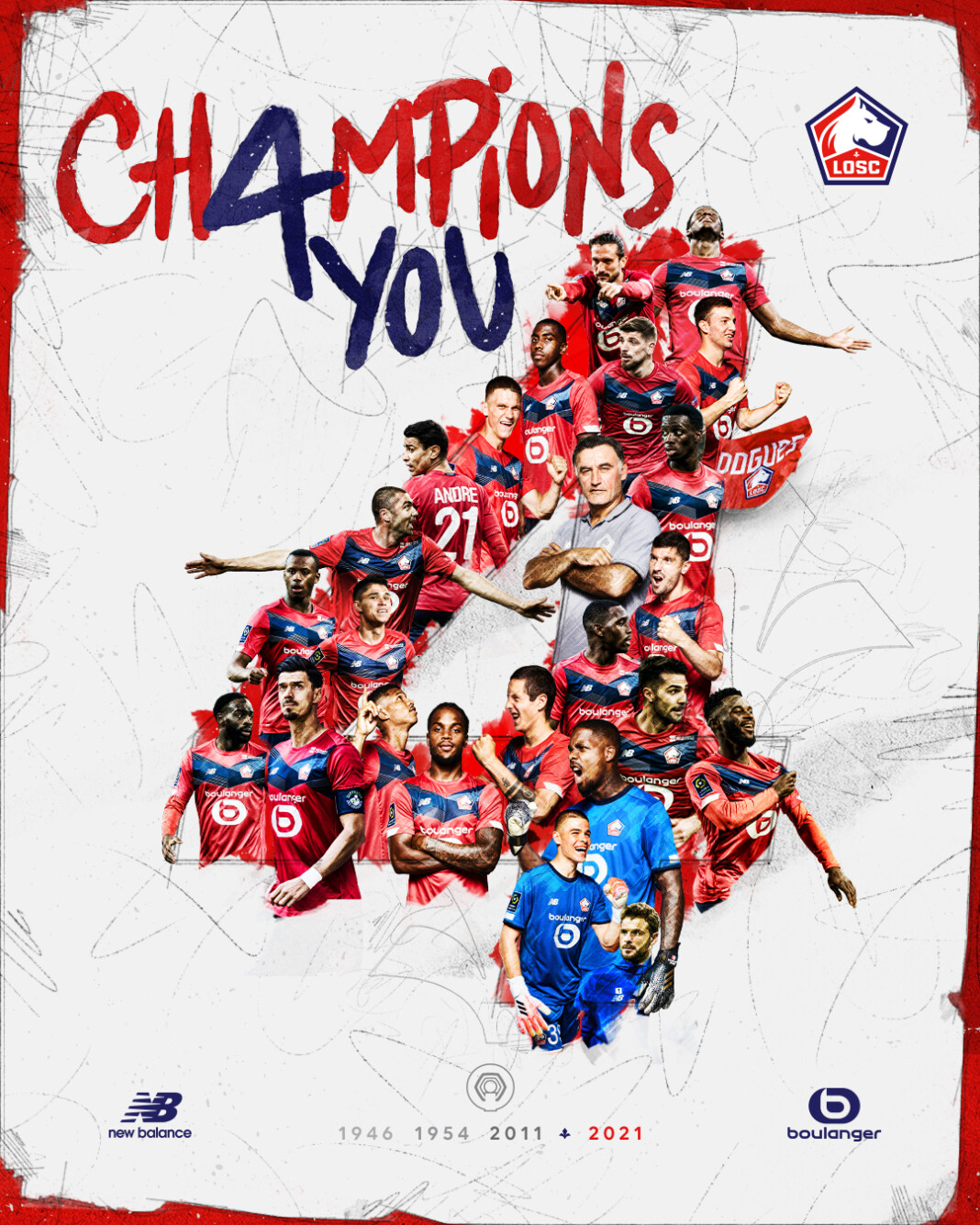 LOSC Lille have won the French Ligue 1 after 10 years beating out Paris Saint-Germain by a single point in the final match-day. Lille ended up on 83 points ahead of Paris’ 82 courtesy of a final day win over Angers.

Lille defeated Angers 2-1 in the final encounter to end their 10 year drought and ended PSG’s recent domination in the league. Jonathan David and Burak Yilmaz scored in the final match of the campaign to ensure a comfortable victory for the newly crowned champs.

Paris, themselves managed a 2-0 victory over relegated side Brest despite Neymar’s missed penalty in the first half. However, for Paris to lift the title, they needed Lille to drop points which never happened.

Ten minutes into Lille’s match against Angers, Canadian forward Jonathan David put them in front after being played in by Renato Sanches. Lille doubled their lead in first-half added time with a penalty of their own, as veteran striker Burak Yilmaz scored his 16th goal of the season.

Lille conceded a late goal from Angelo Fulgini, but held onto their lead in the final moments of the match.

Paris scored first in their match, courtesy of an own-goal from Brest midfielder Romain Favre in the 10th minute.

Kylian Mbappe doubled their lead in the 71st minute scoring his 27th goal of the league campaign but failed to lift Paris to the top of the league.

Monaco finished third in the league with 78 points and will play the UEFA Champions League qualifiers next season. Lyon capped off the 4th place in the league despite suffering a 3-2 defeat against Nice in the final match-day.