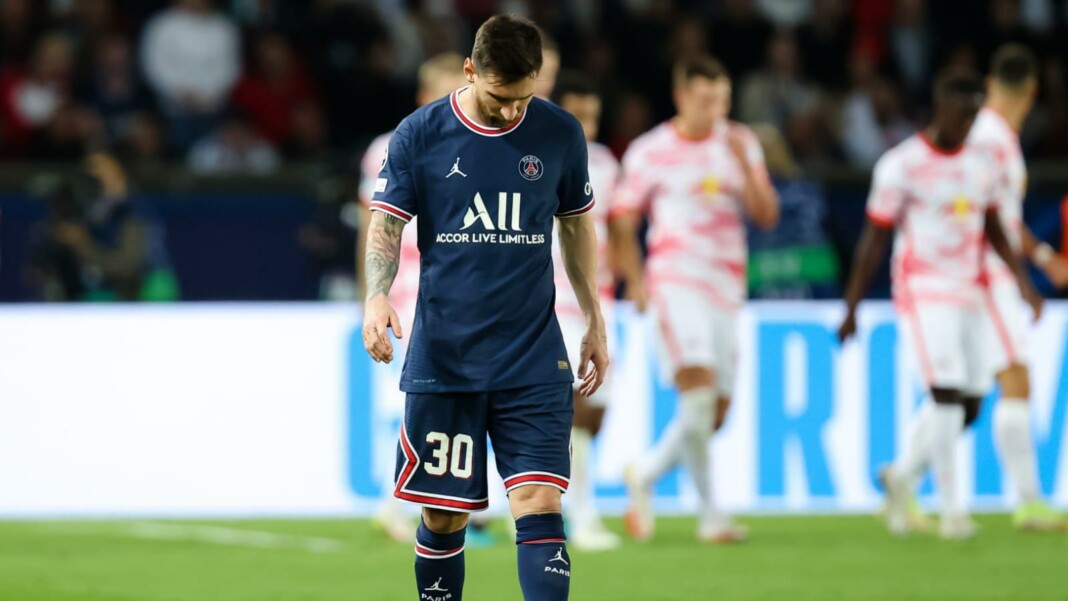 Lionel Messi is reported to be on the bench for the UEFA Champions League fixture against the German side RB Leipzig on Thursday after suffering a muscle issue in Ligue 1 match with Lille.

Lionel Messi was subbed out at the half time with Mauro Icardi after suffering a muscle pull or some kind of strain as he was found holding the back of his left leg while he left the pitch.

Messi did not have a great game in the first half of the match as PSG was a goal down against Lille in their home ground but the course of the game turned in favour of the Paris based club in the second half with Marquinhos and Angel Di Maria scoring two important goals to secure their 10th win in the league this season.

Although Lionel Messi might be out for the game, Kylian Mbappe is reported to be fit to play against Leipzig alongside Angel Di Maria who will also be available as his suspension ended.

The Argentine superstar, Lionel Messi made his mark in the last home fixture against RB Leipzig where he scored back to back two goals to bag 3 points especially after scoring the second goal with a panenka from the 12 yard spot, finishing in style.

PSG is now at the top of the table in Group A in the Champions League with two wins and a draw as they are all set to secure a place for themselves in the next stage of the competition.