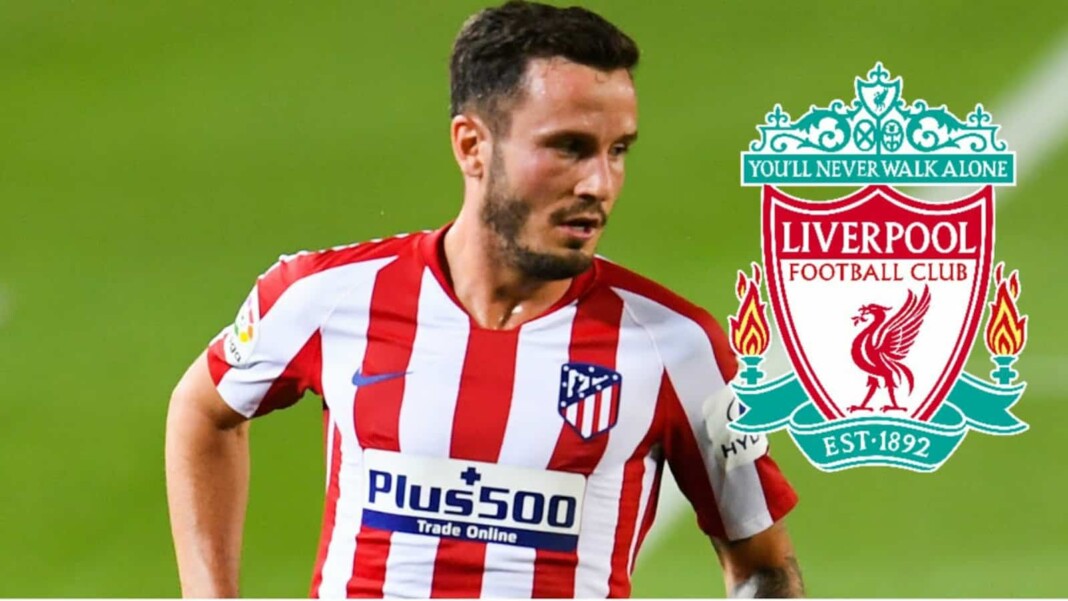 According to multiple reports in the Spanish and English media, Premier League heavyweights Liverpool are looking at bring in Atletico Madrid midfielder Saul Niguez in this transfer window. The Reds need to replace the departing Gini Wijnaldum and Jurgen Klopp has identified the Spaniard as a potential target.

saul has recently fallen down in the pecking order under Atleti boss Diego Simeone. In their La Liga winning season, last year Saul only played 22 matches under the Argentine with most of them coming from the bench.

According to reports via Diario AS, the Premier League giants are preparing an offer of around €40 million (£35m) for the 26-year-old. The midfielder still has a lot of time left on his contract which runs till 2026 and he has a release clause of €150 million.

Atletico Madrid have already made a signing in Argentine midfielder Rodrigo De Paul, and it is expected that the Spaniard’s game time next would be further reduced. For a midfielder who is considered to be his prime playing years, missing out on match action is a big thing and it can make him want a move away from the club.

Atletico are also tempted to accept bids in excess of that £40m figure for Niguez, and they hope to get the best deal possible. The cash-strapped Liga giants can be persuaded to sell for the 40m figure as they recently paid a similar for their new acquisition Rodrigo Paul from Udinese.

The box-to-box midfielder fits the bill perfectly for Jurgen Klopp, as he would go a long way in filling up the boots left void by Wijnaldum who was a key figure for the Reds in their Premier League and Champions League winning squads. Saul Niguez can also fill in at left-back and can be used as a back-up for Andy Robertson in the coming season.