“A**hole, always the same”- Luis Suarez berates Diego Simeone for substituting him in their 2-1 against Sevilla 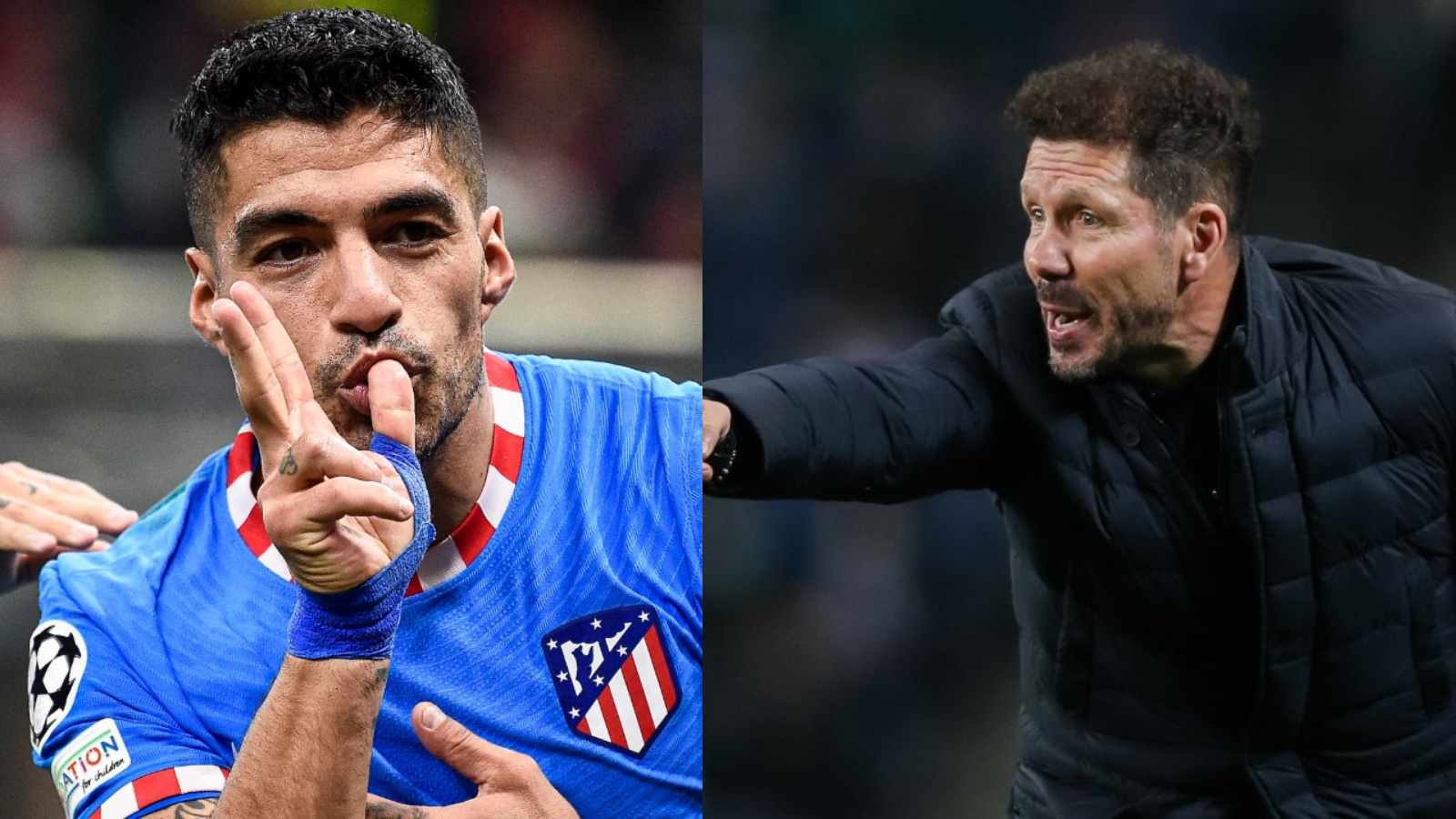 Its been a tough season for Luis Suarez in the ongoing La Liga as well as Champions League. In 17 games of the Spanish top-tier games, the player has just seven goals to his name with a single assist. In the top-tier European football, the player has just a goal to his name in 337 minutes. Adding to the frustration, the Uruguayan was subbed by the manager before the hour mark. Luis Suarez berates and Diego Simeone in the game of La Liga which was captured by the cameraman while he was subbed off.

In ongoing La Liga title race, Atletico Madrid have fallen behind. The Rojiblancos have 29 points to their name after 17 games in the Spanish top-tier. Real Madrid are running away with the title under Carlo Ancelotti with 42 points in 17 games and have a healthy cushion of five points before the Christmas.

Diego Simeone managed side were up against the challenging Sevilla in their backyard. Former Catalan, Ivan Rakitic put the team ahead early in the seventh minute but Felipe equalised just after the half an hour mark. Even after the break, Atletico Madrid failed to go into advantage and the manager decided to substitute the aging striker.

When the player was subbed in the 57th minute to bring the fresh pair of legs of Matheus Cunha, former Liverpool player was unhappy. The striker threw few cuss words at the manager and it was captured by the cameraman. He uttered:

Atletico Madrid have a tough round of games in the upcoming La Liga as well as Champions League fixtures. They will face the Premier League outfit, Manchester United whereas they face Granada, Rayo Vallecano and Villareal in the La Liga fixtures. It remains interesting to see how Diego Simeone can turnaround the fortunes for the Rojiblancos.

Also Read: “Justin Herbert is better than Patrick Mahomes,” Marcellus Wiley makes his choice in the battle of the quarterbacks