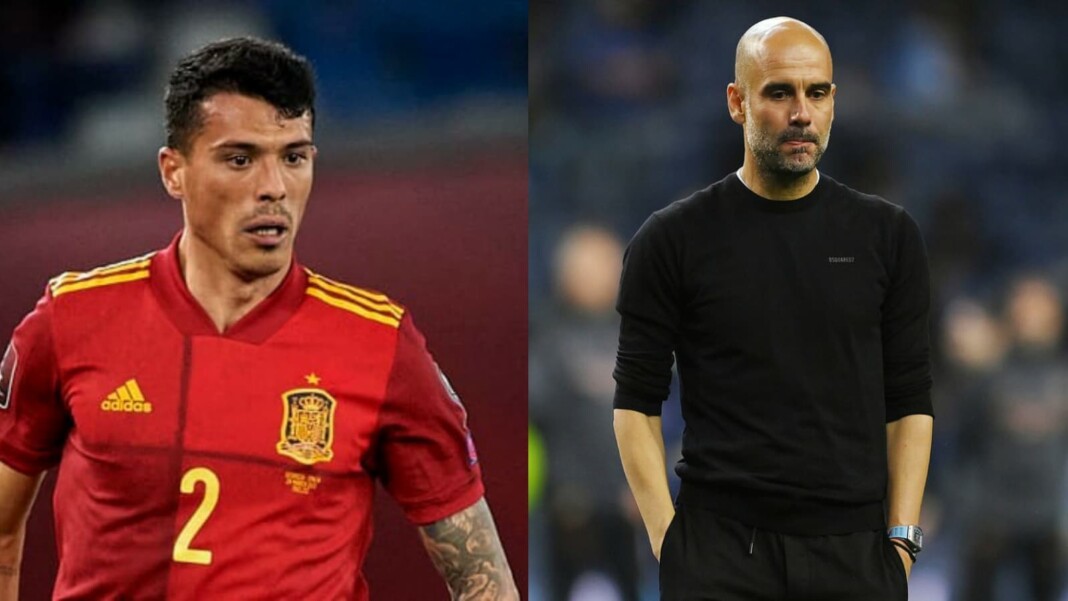 Manchester City defender, Pedro Porro has claimed that he has no spoken to the manager, Pep Guardiola in two years ever since joining the club in 2019. The Spanish defender joined the Premier League champions from sister club Girona FC in 2019 for a £11 million but was immediately shipped out on loan to Real Valladolid.

After playing for a year in La Liga, he joined Portuguese club Sporting CP on a two year deal. The 21-year old defender, is now on the verge of securing a permanent deal with the Portuguese club.

In an interview with Portuguese publication A Bola, Porro claimed that although he signed a long term deal with the Premier League giants, he is yet to speak with Guardiola after having arrived in England in 2019. The player who made his National team debut this year, is yet to make his debut for the club he had signed for.

“No, I’ve never talked to Pep Guardiola. I don’t think he even knows they hired me (laughs),” Porro said during the interview .“But they must be aware of what I’ve been doing.”

Sporting look set to activate an €8.5 million purchase for the player, following on from the additions of Ricardo Esgaio and Ruben Vinagre.

The Primeira Liga champions are being tipped to tie the defender down to a permanent four-year deal in the coming days, and he gave a clear indication that the switch from City is imminent when quizzed on his future.

“I can’t say anything, what I can tell you is that next [this] week there could be something big,” said Porro.