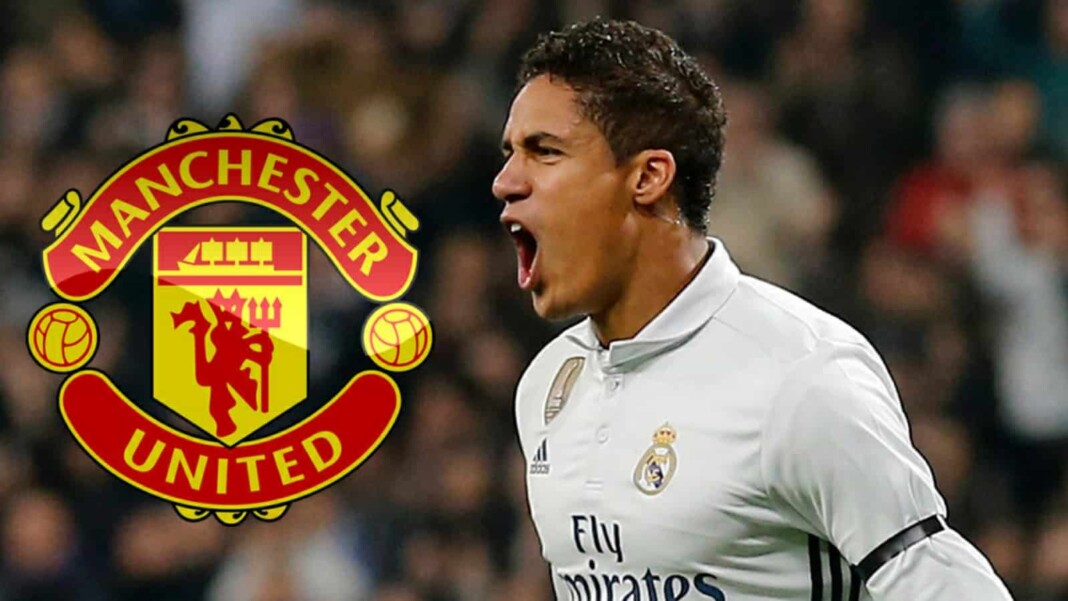 Manchester United have confirmed the signing of veteran Real Madrid defender Raphael Varane for a reported fee of £41 million, including add-ons. The deal has been finalised the player will join the club provided he passes the medical test which would be conducted a few days later in Manchester.

United are on a shopping spree at the moment as they confirmed to big transfers- first Jadon Sancho on Thursday and Varane from Real Madrid today. Varane has been handed a 4-year contract and will join the club for his official presentation in a few days’ time.

In Raphael varane, Manchester United have landed someone who has been at the top of the game for a number of years now. The Real Madrid defender is one of the best in his position and at 28-years of age- time is on his side. Ole Gunnar Solskjaer will have a stellar duo in Harry Maguire and Varane next season as the club look to mount a challenge for the Premier League after finishing 2nd behind City this year.

A statement from the Premier League club read: “Manchester United is delighted to announce the club has reached agreement with Real Madrid for the transfer of French international defender and World Cup winner, Raphael Varane, subject to a medical and to player terms being finalised.”

Raphael Varane has been a Real Madrid player since 2011 and has made over 350 appearances for the club winning all of the major trophies at the club. He has lifted the La Liga trophy thrice and the Champions League trophy 4 times and was an integral part of the 3-peat winning team from 2016-18.

The World Cup winner with France in 2018 will go down as one of the best defenders in Real Madrid’s history and the respect was mutual as Varane showed nothing but professionalism even during the past couple days where he attended the Madrid training sessions, despite talks of his transfer going on with the Premier League club.

Real Madrid also confirmed the deal, with a statement reading: “Our club thanks the player for his professionalism and exemplary conduct throughout his ten seasons representing our colours, during which time he has won 18 titles: four Champions Leagues, four Club World Cups, three UEFA Super Cups, three Liga titles, one Copa del Rey and three Spanish Super Cups.