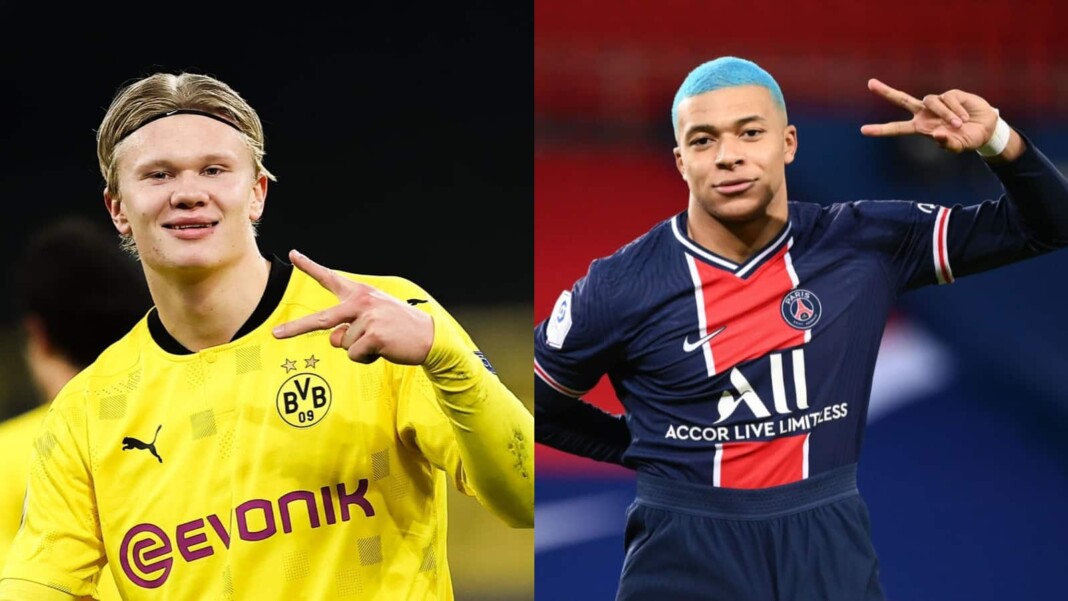 Retired FC Barcelona defender Albert Ferrer has warned his former club regarding the much talked about and hyped signings of Kylian Mbappe and Erling Haaland, which they could make next summer. Many clubs from around Europe have expressed their urge to sign Mbappe and Haaland, both of whom are expected to become the best strikers in the world.

However, Albert Ferrer does not want his club to spend an astronomical fee to sign these two players, as he believes they might not be the perfect fit for the club, due to their style of play which demands a player to create goals rather than attack open spaces in the opposition half.

“I still think Barcelona can challenge for trophies even now,” Ferrer said in an exclusive chat with Mirror Football. “But I believe they need a striker that makes the difference.

“If you look at the big clubs, most of them have a top forward who scores 20 goals every season. This is something Barca are missing.

“Let’s see how it goes with Memphis Depay but he’s not really a No.9. Don’t forget, Barca lost Lionel Messi and Luis Suarez in two years. That’s an average of 50 goals per season.

“To realistically win things they possibly need a top striker. But you must consider the way they play is very particular. They will always have around 70% of possession, and that means the opponents will sit back and not leave any space.

“I’m not saying that Kylian Mbappe or Erling Haaland wouldn’t fit in, but they may not play the game they feel comfortable with – running into space against high defence. So they need a striker, but let’s pay attention to the kind of striker they need considering the circumstances and philosophy.”

Erling Haaland will potentially be available next summer for a fee of €75 million when his contract expires with Borussia Dortmund, however, the Norwegian striker has reportedly made huge wage demands from whoever signs him next.

On the other hand, the Catalan club are not in pole position to sign Mbappe either, as he reportedly has his heart set for a move to Real Madrid who have already expressed their interest in signing him this summer and are on the verge of securing him for free next summer.