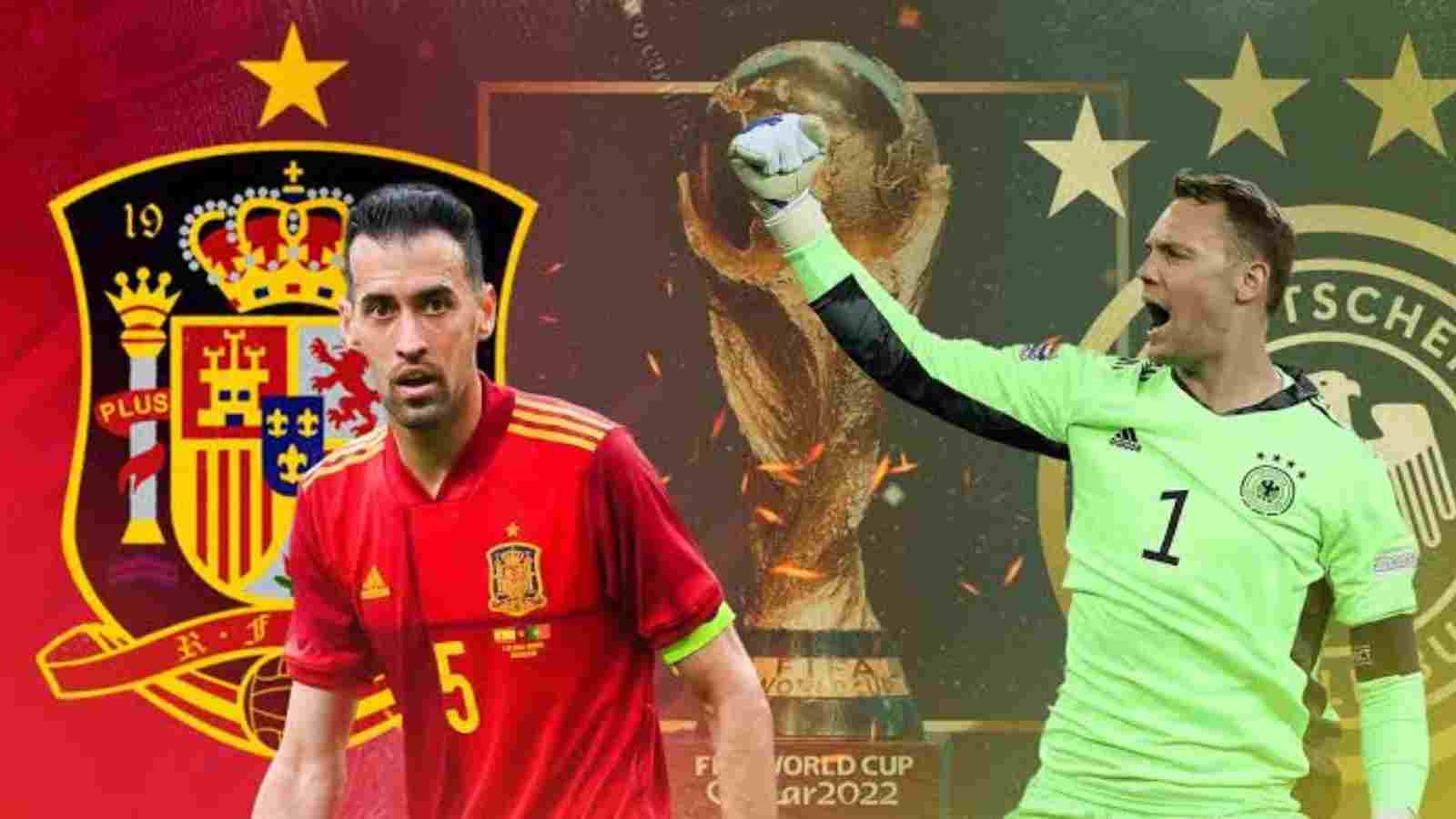 The FIFA World Cup is back at its typical big event style, where the biggies Germany will face an unwanted opponent Spain, especially after losing the game to Japan in the opener 2-0. The 2014 world champions will try and win the fixture against the 2010 world champions, Spain. The squad with overloaded talent remains the german side, although it has failed to display the potential that it promises.

The Group E leaders, Spain, depends only on their midfield and forwards to having a weak defensive side. The Spanish would look to build on opportunities and take advantage if Leroy Sane doesn’t get included in the squad after missing the game against Japan. Germany has to win against Spain; otherwise, the journey of the Germans will be over at the group stage only.

Read More: “You have a big mouth but do you have the balls?”- Croatia magazine responds to Canada chief’s “F*ck Croatia” remark ahead of 2022 FIFA World Cup encounter

For the first time since 2006, Spain managed to win their FIFA World Cup opener, thrashing Costa Rica with a 7-0 scoreline. Spain is a country that won the 2008 Euro championship and the 2010 FIFA World Cup then again the 2012 Euro championship. Defeating their upcoming opponent in the Euro final of 2008, Spain ruled world football for 4 huge years, 2008-2012. However, the very strong team found it difficult to manage and move beyond the group stage in 2014, when their rival Germany lifted the trophy by defeating Argentina in the final.

Germany and Spain have a long-standing rivalry in the world of football, with talent-filled squads, and two of the world’s most extraordinary goalkeepers, Manuel Neuer and Iker Casillas. Both the greats have lifted the trophy once in their respective illustrious careers. This time Germany would surely try their best to beat Spain as they are hanging on to their last chances to continue their journey in this year’s campaign.