“No one believed in us,” Croatia captain Luka Modric shares inspirational message after knocking out Brazil from 2022 FIFA World Cup 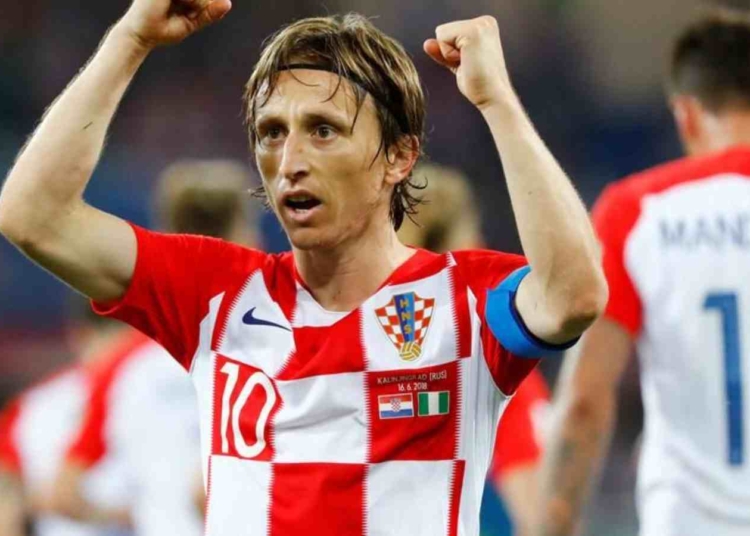 After Croatia eliminated Brazil from the 2022 FIFA World Cup, Luka Modric shared an inspirational message to the football world. On Friday, December 9, the Croatians stunned the five-time World Cup champions with a thrilling 4-2 penalty shootout triumph at the Education City Stadium.

When Neymar scored a spectacular goal in the 105th minute, it appeared that Selecao would advance to the semifinals. Brazil held a 1-0 advantage going into the break of extra time. Bruno Petkovic, though, stunned Tite’s team in the 117th minute when his left-footed shot deflected past Brazilian goalkeeper Alisson Becker.

Croatia defeated Japan 3-1 on penalties in the round of 16 and advanced to their second consecutive penalty shootout. Croatian keeper  Dominik Livakovic was the hero for his team as one of four Croatian players including Modric converted their penalty kicks.

Captain Modric, after his stellar performance had a message for the whole world as his team were considered ‘not good enough’ after 0-0 draw with Morocco in first group stage match. “We have shown time and time again that we never give up. No one believed in us before the World Cup,” the 2018 Ballon d’Or said.

Also Read: “He is a piece of s**t,” Liverpool fan and UFC star Paddy Pimblett wants to fight Manchester City ace Bernardo Silva in the octagon

Brazil were eliminated from the 2022 World Cup after losing in penalty shootout to Croatia, the runners-up from the previous tournament. The Selecao travelled to Qatar as one of the tournament favourites in search of their first triumph since 2002 and a record-breaking sixth overall.

Halfway through extra time, Neymar broke the deadlock against Croatia. However, Croatia went on to equalize the tie and win 4-2 on penalties when Rodrygo and Marquinhos missed their spot kicks. In the shootout, Neymar didn’t even attempt a shoot. By the time 2026 rolls around, Brazil’s World Cup drought will have lasted at least 24 years, matching the span between its victories in 1970 and 1994.

Read More: “No social media trend without me,” Mesut Ozil mocks himself joining the AI Photo trend on Twitter