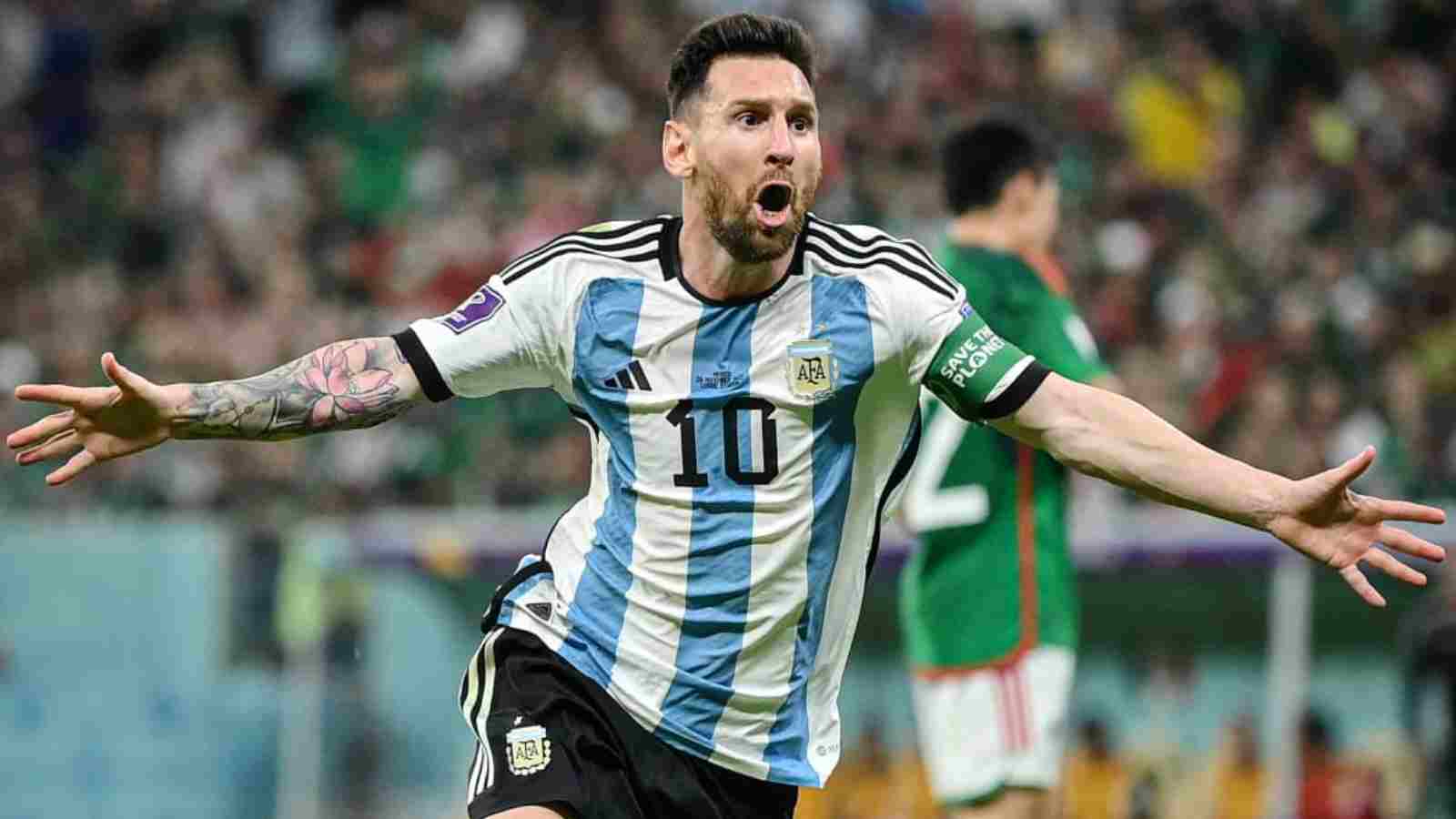 Messi after scoring the first goal of the match

Lionel Messi has once again provided for Argentina when his country needed him the most. The 35-year-old veteran scored a stunner from outside the box to give Argentina the lead. Today’s game was an important one to win due to the contrasting start to their competition. Scaloni’s boys needed this 2-0 victory over Mexico to finally establish the Argentina flag in the 2022 FIFA World Cup.

It took more than an hour for the Argentine players to open Mexico’s deadlock. Just when they needed a moment of magic from Messi, the captain provided. Mexico seemed comfortable in the first half as they produced more attacking threats. Although, their tempo was soaked in by the second half by the Argentina side which forced the Mexican team to sit back in their own half.

Enzo Fernandez sealed the game for Argentina after scoring a beautiful goal in the 87th minute. The 21-year-old Benfica star came on from the bench in the second half and found the back of the net in the dying minutes of the game.

Read more–“He doesn’t play there for his club,”- Gareth Southgate reveals why he snubbed Phil Foden in England’s disappointing draw against the USA

After suffering a heavy loss against Saudi Arabia in their opening fixture of the 2022 FIFA World Cup many fans counted Argentina out of the competition. Argentina faced a sudden reality check after their winning streak ended in the very first game of the tournament. On the brink of elimination, Argentina came to Lusail stadium with a lot of optimism in their eyes.

Although, fans did forget that they have arguably the best player in the world with them wearing the captain’s armband. Messi knew the importance of this game as he helped Argentina open the scoreboard with a rocket of a shot in the 64th minute of the game. Let’s have a look at how Twitter has reacted to this match: