“He doesn’t play there for his club,”- Gareth Southgate reveals why he snubbed Phil Foden in England’s disappointing draw against the USA 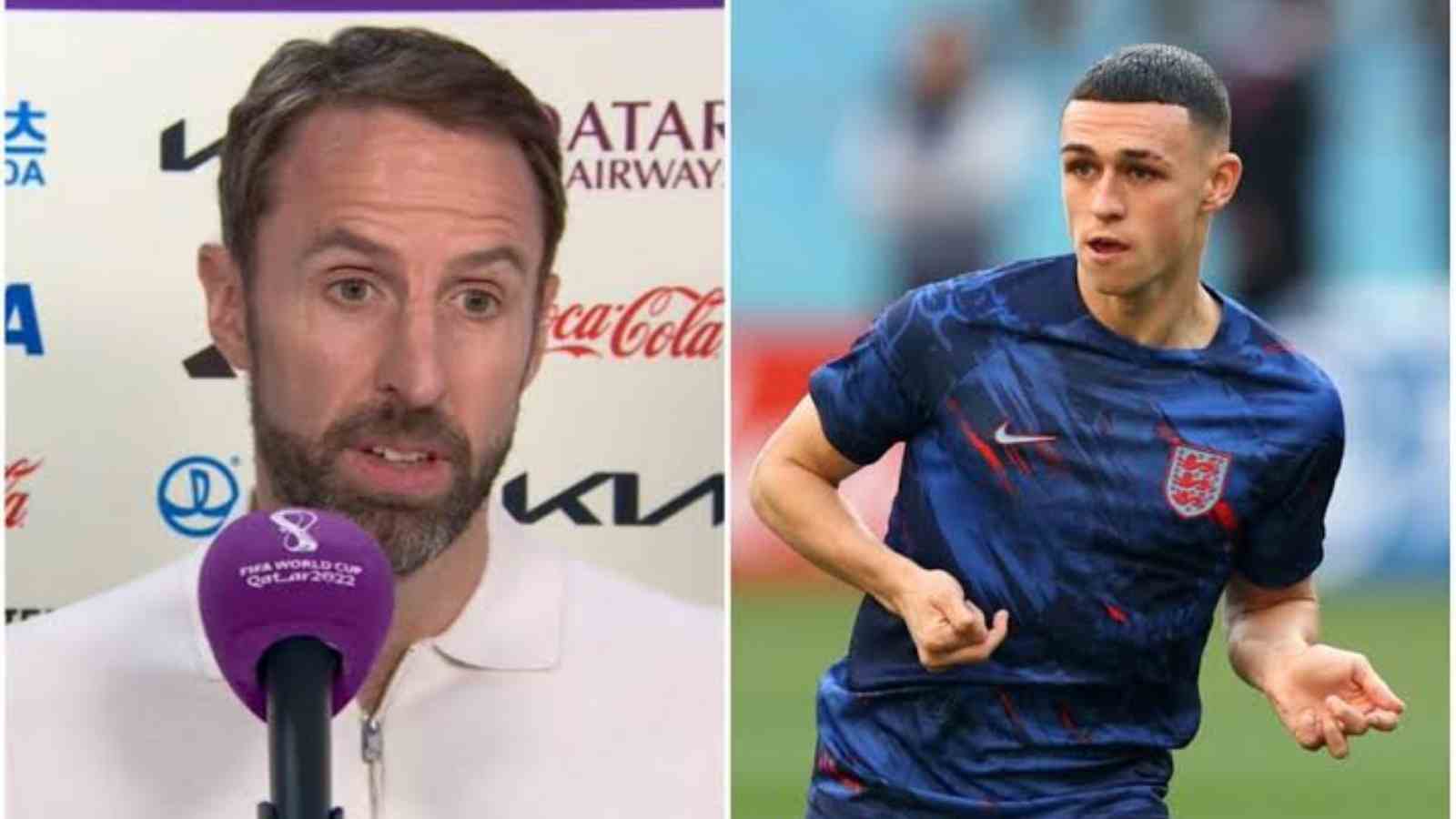 The FIFA World Cup 2022 has just kicked off, and the teams have started turning their dreams into reality. However, this campaign features events that are shocking and interesting at the same time. After the match between England and the USA ended with an unfortunate score of 0-0, which no fan wants to witness. However, Gareth Southgate’s decision in the match not to bring Phil Foden was widely criticized.

Gareth Southgate was asked about the controversial decision to bench the young Englishman. The manager replied, “We thought it was the right thing to keep the same team from the start.” The manager claimed to have no experience watching the young lad play in the position required in the match, as he doesn’t play there for his club. “We didn’t feel it was right for Phil in the middle because he doesn’t play there for his club.” Concluded the manager.

The England supporters didn’t hold back on criticizing the England manager when they picked on the fact that Foden played the maximum number of matches in his career as a central midfielder. Before going wide in City, the Blues did not have a recognized striker in the Premier League at that time. The world acknowledges the young player’s natural talent and potential, including some football pundits.

Manchester United legend Gary Neville also picked up the issue via his social media, claiming the young player who was left on the bench was the most naturally talented player in the Premier League. While making a chase for a goal, you don’t leave talents such as Foden and Trent Alexander Arnold on the bench. At the same time, Henderson plays, who, in the majority’s opinion, is more contracting and defensive, polar to what was needed.

READ MORE: Iran fans booed and whistled during the team’s national anthem as part of solidarity for women’s protest before the match against Wales at the 2022 FIFA World Cup

The FIFA World Cup 2022, has one of history’s most talented players colliding against each other and the teams being valued at their highest. The costliest-ever World Cup, has the world’s most valuable players in them, with England on top of a $1.5 billion worth squad in which Jude Bellingham a supreme talent from Borussia Dortmund is valued at 202 million euros.

Manchester United’s Marcus Rashford, and City’s Jack Grealish, are also in the squad, their leader Harry Kane in the front with Declan Rice in the middle. Trent Alexander Arnold Liverpool’s top assist provider, and the Arsenal wonder kid Bukayo Saka, all of the world’s best young talents have gathered up in the team to make the dream of bringing the trophy home, come to life.

ALSO READ: All you need to know about the renowned stadiums in Qatar for the 2022 FIFA World Cup

ALSO READ: Why do Japanese fans clean up stadiums after the end of each match at the 2022 FIFA World Cup?