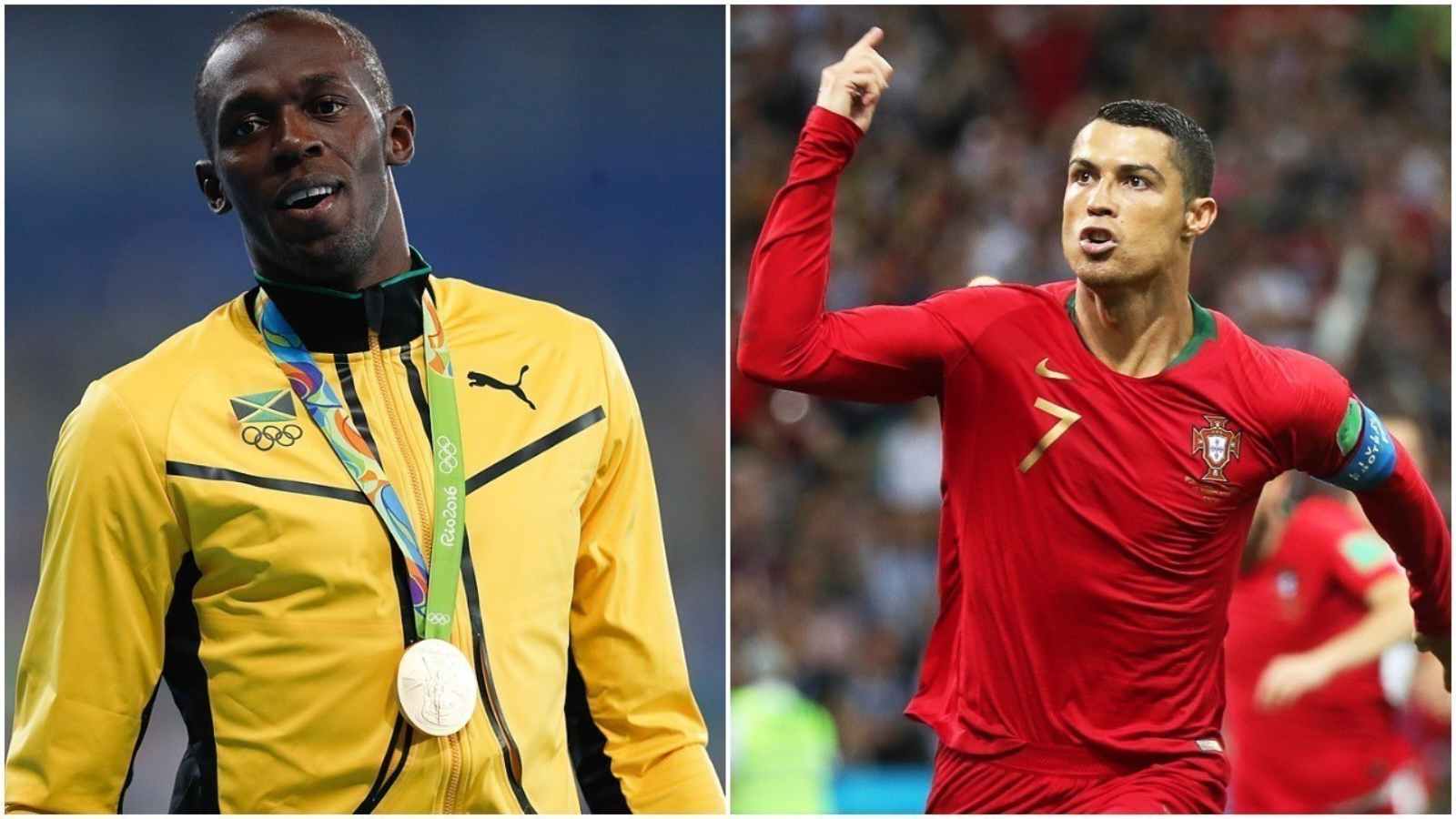 In the latest episode of ‘Piers Morgan Uncensored’, the TV show presenter Piers Morgan hosted 8-time Olympic gold medal winner Usain Bolt who was the captain of World 11 in a charity match held at the London Stadium last Saturday.

Piers and Bolt share a relationship between them as Piers was the manager of the team that Bolt was captain of in the previous edition of Soccer Aid and started the show with some healthy banter from the TV presenter. They discussed various topics such as Sportswashing, Racism in sports, Transgender gender athletes and many more.

Read More: “One of the best in history”- David de Gea claims Cristiano Ronaldo is the best role model for Manchester United’s youngsters

How did Cristiano Ronaldo come into the conversation between Piers Morgan and Usain Bolt?

During one such discussion, Piers and Bolt expressed love for their respective football teams which is Manchester United in Usain Bolt’s case. While talking about United star Cristiano Ronaldo, Bolt compared his winning mentality being on par with that of the five-time Ballon d’Or winner which would not be surprising to anybody knowing Bolt is the ‘GOAT’ of track and field.

Piers Morgan started the comparison by saying that he had “similar characteristics and winning mentality” to that of the Manchester United forward to which Bolt agreed. “You have to always be resilient and never give up, I mean you have to always want to do more, you have to never be satisfied and I agree with you I’m like Cristiano who never gives up no matter how much goals he scores he always wants to score more” Bolt replied.

Morgan’s next question was whether he would celebrate coming second to which Bolt replied a big ‘NO’ and described himself as a ‘sore loser‘ to which the TV presenter replied that every champion is a sore loser including Cristiano Ronaldo.