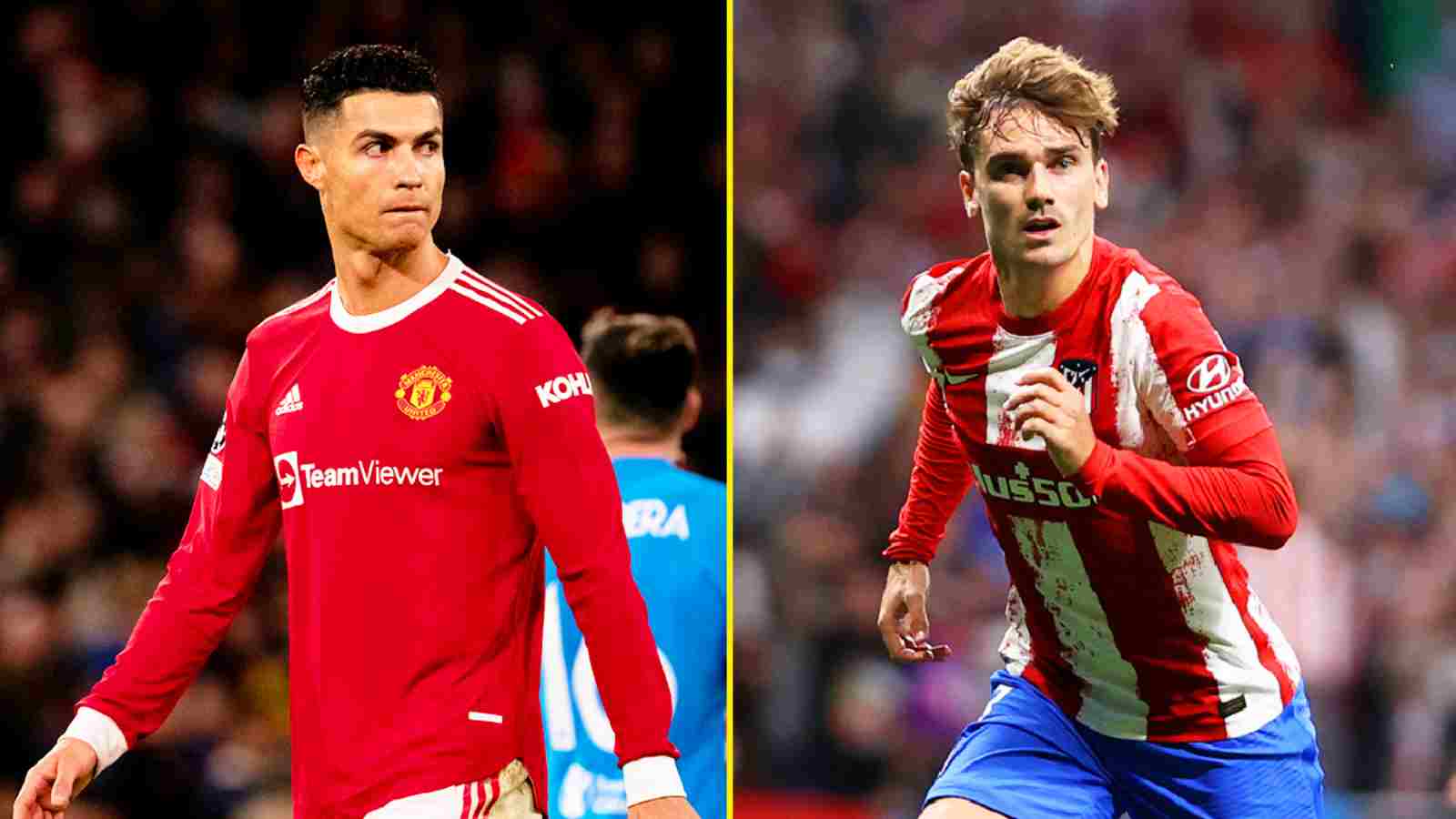 Manchester United have reportedly rejected the idea of a swap involving Cristiano Ronaldo and Antoine Griezmann of Atletico Madrid. Despite being in Erik ten Hag’s plans, Ronaldo, 37, is believed to want to leave Old Trafford this summer to play Champions League football.

Atletico, who finished third in La Liga last season, can provide that, though president Enrique Cerezo has played down the speculation. Atletico are reportedly keen to get Griezmann, 31, off their books. He returned to the club on loan from Barcelona last summer, but the club is obliged to buy him before June 2023. That clause could be activated right now, allowing Atletico to loan him out.

The Athletic reports that United are aware of Griezmann’s availability but are not interested in trading him for Ronaldo. The Red Devils have previously been linked with the World Cup winner, but his stock has fallen in recent years.

Griezmann has only scored 25 La Liga goals since joining Barcelona three years ago. Last season was especially disappointing for the forward, as he only scored three goals in La Liga. He has also failed to score in his last six France appearances.

Meanwhile, Ronaldo is as productive as ever. Despite United’s poor season, he scored 24 goals in all competitions last season. They finished sixth in the Premier League, with 58 points, their lowest total in 32 years, and haven’t won a trophy since 2017.

With just 11 days until the start of the Premier League season against Brighton at Old Trafford, Manchester United are hoping to resolve Ronaldo’s future. He missed their pre-season tour of Thailand and Australia due to personal obligations and returned to training on Tuesday.

Ronaldo and his agent Jorge Mendes met at United’s Carrington training complex for showdown talks. Sir Alex Ferguson, the legendary United manager, was seen following Ronaldo into the complex, though it is unclear if he was involved in the discussions.

Ronaldo may be forced to stay at United after a number of clubs ruled themselves out of contention. Bayern Munich requires a new striker after selling Robert Lewandowski to Barcelona, but two club executives have denied any contact with Ronaldo.