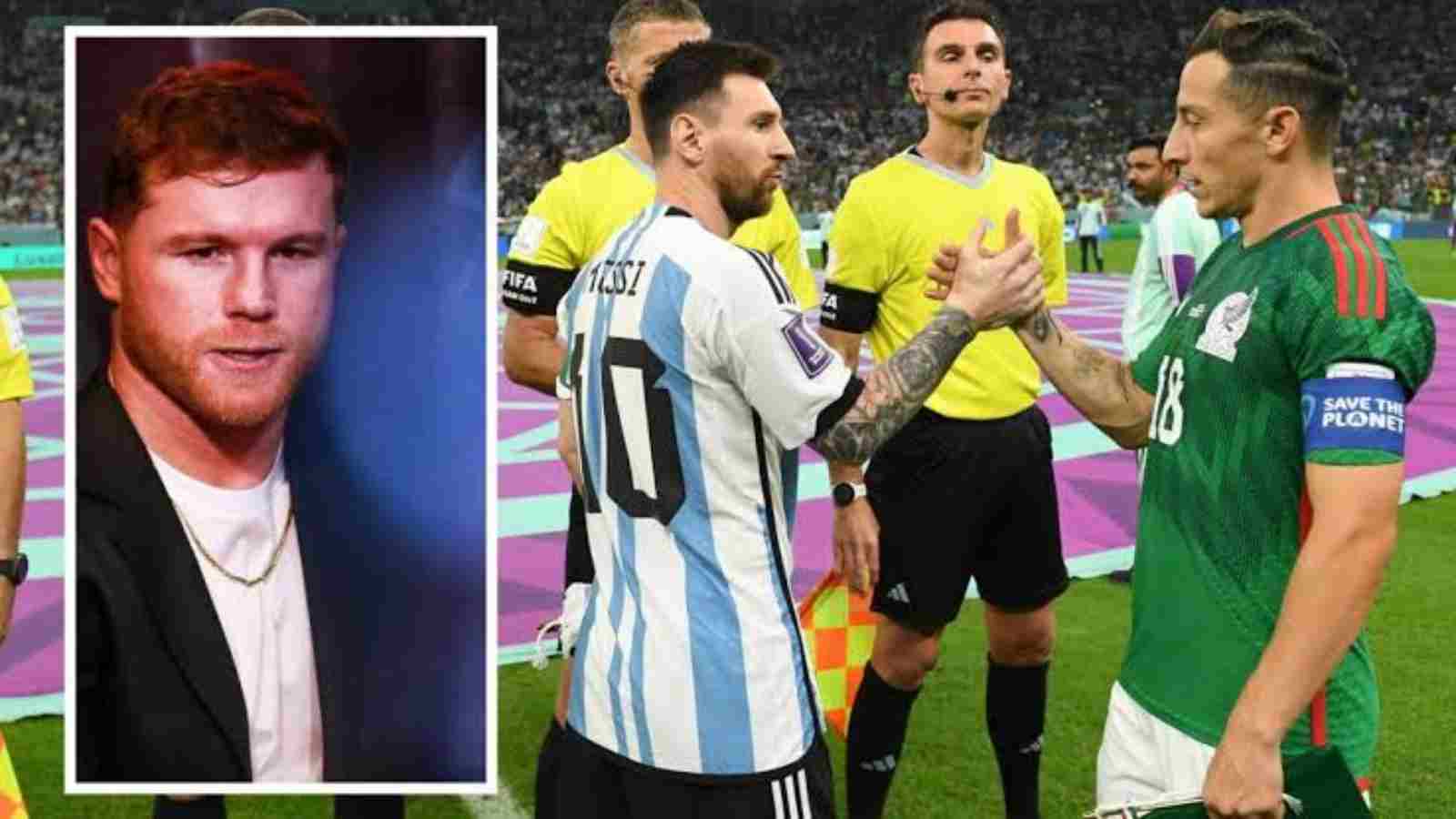 Lionel Messi is currently surrounded by a controversy that rubs off with Mexican people. He was called out and threatened by Mexican Boxer and World Champion Canelo Alvarez for “allegedly” abusing a Mexican jersey during the victory celebration. The El Tri captain Andres Guardado has broken his silence regarding the whole event and has expressed his opinion on the controversy.

The vetran knows the Argentine well, as they shared the same League for a few years in Spain before Messi’s move to France. The player provided a satisfactory conclusion to the whole misread story that ignited from the dressing room after Argentina v Iran in the 2022 FIFA World Cup.

The Captain said, “I know the person Messi is. It’s a deal with the staff that when it’s all sweaty, it gets left on the floor,” indicating the sheer misunderstanding that caught the eye of the people of Mexico. The Captain further spoke about the Mexican boxer Canelo Alvarez who gave violent threats to the Argentine; “Be it your jersey or rival. Canelo doesn’t know what a dressing room is,” trashing the boxer’s silly allegations.

“It seems silly to me. That shirt was mine, I exchanged it with Leo…” Concluded the captain after putting the whole story as silly in his view. However, few Mexican people still don’t seem to understand and agree with their captain, and the agenda against Lionel Messi continues to run. The Captain’s budge into the matter was necessary to calm down the situation and not take it as seriously.

While Lionel Messi is busy with his essential World Cup win, the news and rumors don’t seem to affect the player much. The little magician performed brilliantly against the Mexicans in their do-or-die moment, with the opening goal and an assist for the next. Argentina, who entered the tournament as the favorite, lost after succumbing to the pressure against Saudi Arabia and has successfully redeemed itself.

The controversy sparked after the fixture between Mexico and Argentina ended in favor of the Argentines(2-0), meaning that their World Cup dream is up and running. A video clip went viral from the dressing room on social media forums showing Lionel Messi touching the Mexican jersey with his foot, which bothered Mexican fans after the Boxer Canelo Alvarez issued violent threats on the man for “insulting” Mexico.

“Have you seen Messi cleaning the floor with our jersey and flag?” Said the boxer in his tweet which was later followed by the threat, “he (Messi) should ask to God that I don’t find him!”. Many fans and supporters later gathered around the issue claiming that it’s the jersey and not a ‘flag‘, and dressing room scenarios after winning a game can lead to such things where one’s not exactly looking at the floor.

ALSO READ: “If the US wins the sport should be universally recognized as soccer”- Fans react as US qualifies to R-16 stage of 2022 FIFA World Cup after defeating Iran