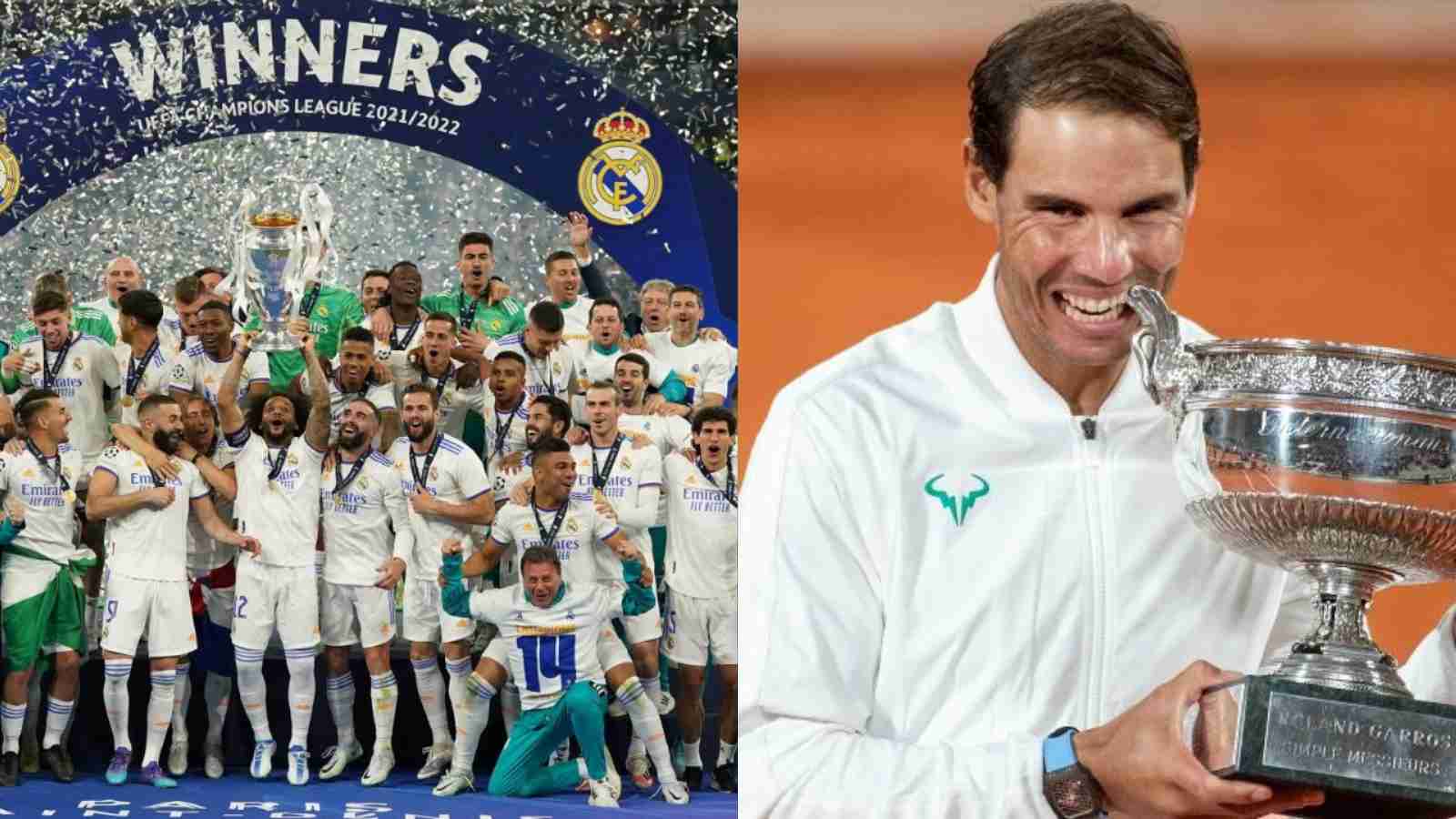 In a span of one week, Paris has witnessed two historic sporting moments. What started with Real Madrid’s record-extending 14th Champions League victory at the Stade de France has ended with Los Blancos fan Rafael Nadal clinching his 14th French Open crown at the Roland Garros. And the experience has perhaps been nothing but poetic for the two Spanish giants.

Also Read: Five teams that have won the most number of UEFA Champions League titles in football history

On May 28, Nadal watched his favorite team, Real Madrid, beat Liverpool 1-0 to become champions of Europe for the 14th time. The Spaniard’s presence at the Champions League grand finale was a day before his blockbuster clash against World No.1 Novak Djokovic in the French Open quarter-finals.

“I don’t know what can happen in the future. I will keep fighting to try to keep going,” Nadal told the crowd at Court Philipp Chatrier.

“For me it is incredible to play here with amazing support from you to me,” the King of Clay lauded.

“For me personally, it is very difficult to describe the feelings that I have. It’s something that I for sure never believed, to be here at 36, being competitive again, playing in the most important court of my career one more final,” Nadal remarked.

The 23-time Grand Slam winner is now the oldest champion at Roland Garros, eclipsing 34-year-old compatriot Andres Gimeno who took the crown 50 years ago. And Real Madrid took to social media to congratulate Nadal for lifting his 14th crown at the Parisian clay.

The club players as well congratulated Nadal on his victory. Lets take a look at some of them.

Real Madrid legend and former star striker Raul Gonzalez too tweeted about Nadal to congratulate him. Here is what he tweeted:

Also Read: How many children do Gerard Pique and Shakira have?

From being a football player to turning into a frolic sports enthusiast, Aryan has been a fan of every sport! When he's not on the field, He's definitely on paper writing about his first love, football. People say all addictions are bad? He doesn't think so! Name a game and he'll name the rules!