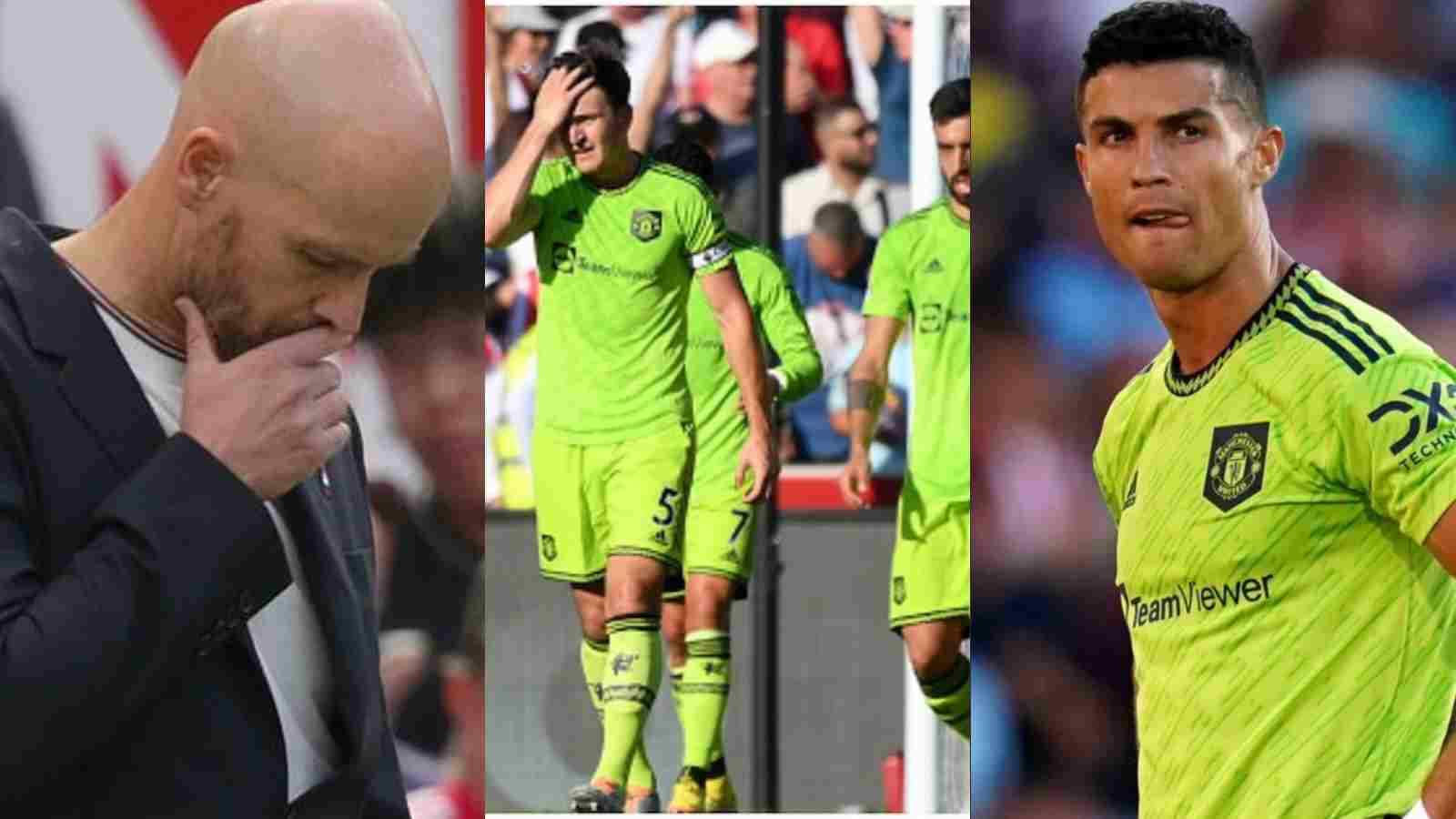 ESPNFC member Craig Burley has bashed Manchester United and Cristiano Ronaldo after their recent 4-0 thrashing against Brentford in the Premier League. Manchester United has been absolute shambolic in the first two games and was down by four goals in just 40 minutes last week against Brentford. David de Gea’s error for the first goal led to the opening for more pressing by Brentford players and the defending was below par and cost United their second loss in two games.

Currently, Manchester United is at the bottom of the league table and has a goal difference of -5. They have failed to convert a single goal in two matches with their only goal coming in the hands of Brighton’s Mac Allister in last week’s 2-1 defeat. Burley was in no mood to entertain Cristiano Ronaldo‘s behavior in the last couple of weeks, referring to him as a “soap opera after the forward refused to shake hands with Ten Hag at the end of the match.

Burley has also blamed the keeper David de Gea for his unwanted errors which cost them the match and also added that United should have beaten Brentford well and clear hadn’t the keeper failed to capitalize. Burley said that “Cristiano Ronaldo’s upfront and never shakes the manager’s hand, that’s been a soap story and David de Gea had an absolute nightmare. Even if you say it’s an awful Man United team, I get it but it’s Brentford, no closing down, no second balls, no fight, no passion.”

Burley wasn’t happy with the game plan and the way Erik Ten Hag has set his team up for the first two games saying, “Where’s the new pressing game that Ten Hag’s been saying? Where’re the tactics, just outplayed and outfought by Brentford? That doesn’t need 500 million in the transfer market to put it right, that doesn’t need new players.” Burley was in full praise of the Brentford players referring to them as the hungrier side on the pitch and unlike Manchester United’s players who lacked the urge to perform to their fullest.

He also questioned the United players’ professionalism after a second sobering defeat. He bashed the deliberation of the players and their willingness and determination to win saying, “Those players are a disgrace to their profession. We can all lose games, we can all have bad performances but individually would any of those Brentford players really have got into that Man United team? But they are super hungry, they want to be in the PL.” Manchester faces Liverpool next week with their last two outings against the club ending on 5-0 and 4-0 defeats.