The transfer saga of English star Jadon Sancho is finally coming to an end after a one and a half years of twists and turns in the tale, with Borussia Dortmund finally agreeing to let go of the prodigious winger to Manchester United for a sum of £73 million (approximately €85million).

Manchester United have agreed to pay Dortmund a sum of around 73 million pounds this year for Jadon Sancho, about £35million less than the valuation asked by Dortmund last summer, which didn’t eventually go through. Sancho will be signing a five-year contract with the Red half o Manchester, with the option for a further 12 months, and will move to his new club after completing the medicals following the Euro campaign.

Borussia Dortmund have issued a club official statement confirming the agreement being in place with Manchester United that will see Jadon Sancho make a £73 million (€85m) move to Old Trafford.

“The player Jadon Sancho is about to move from Borussia Dortmund GmbH & Co. KGaA to Manchester United Football Club Limited.”

“Both clubs and the player reached an agreement on this today. If the transfer is realised, Manchester United will pay BVB a fixed transfer fee of EUR 85.0 million.The contractual details now have to be coordinated and documented.”

“The formal processing of the transfer is also subject to the successful completion of all necessary medical tests and examinations, a coordination procedure with the player’s previous club and the proper and timely processing in accordance with the provisions of the FIFA Transfer Matching System (FIFA TMS).” said Borussia Dortmund’s official statement regarding Sancho’s move and the deal being struck.

Borussia Dortmund had stood firm over their decision to let go off Sancho for anything less than €120m last summer, with the deal unable to go through.

However, Dortmund will be having to part ways with the English midfielder for £35 million less this summer with Sancho himself expressing a strong desire to move on.

“There is an agreement in principle with Manchester United. Formal things still have to be clarified.” Dortmund CEO Hans Joachim Watzke has confirmed to the reporters.

“It was Jadon’s express wish to change, we would have liked to keep him. We are not happy about the money and sad that he is going away.” he added.

They final deal will be in place in some days, and Sancho could be allowed to leave for United after completion of his medicals after the completion of England’s European campaign. 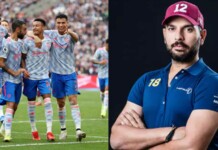 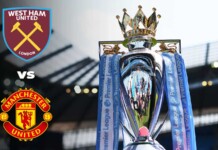 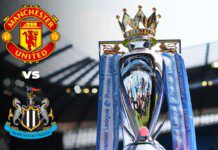 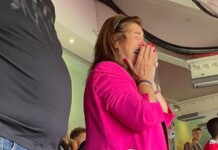 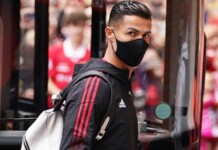