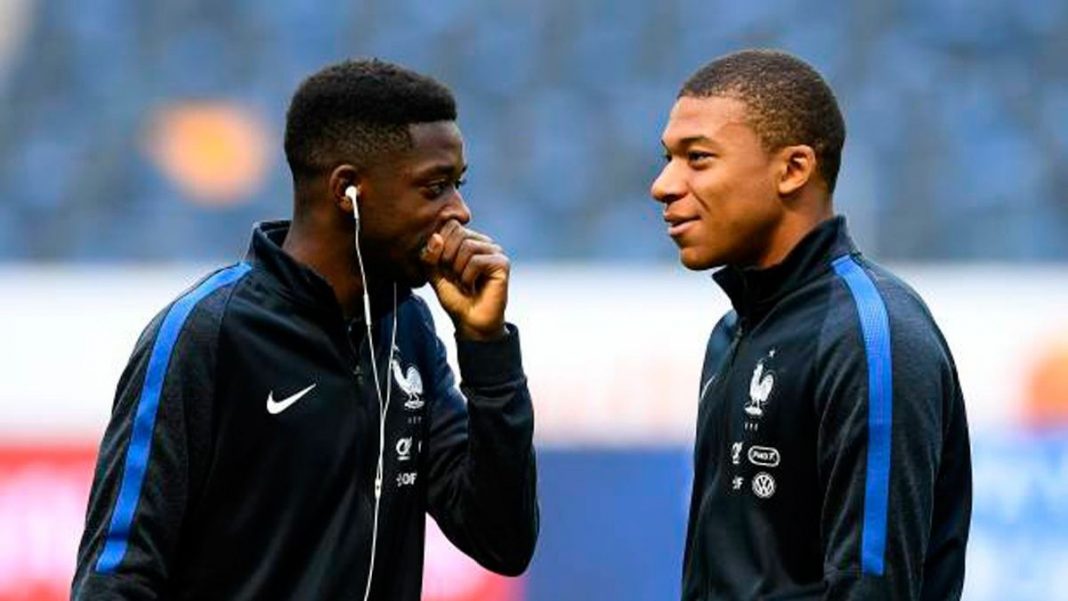 The football world is enjoying a brilliant set of international games across the globe. Euro 2020 and Copa America are reaching the business end whereas the FIFA World Cup 2022 qualifiers are in full swing. Amidst the entertaining football, a controversial video involving Ousmane Dembele and Antonio Griezmann has cropped up.

According to the video, both French superstars, Antonio Griezmann and Ousmane Dembele are involved in a racist comment in a private video. As per the player, this incident happened in Japan and both players have tendered an unconditional apology. However, the football world and France Football Federation are yet to respond to the claims.

How Ousmane Dembele has responded to the allegation?

In the video that has surfaced over the internet, the French winger, Ousmane Dembele is heard saying the below comments when he was recording a Snapchat video. While the video was being shot, Griezmann was trying to get the television arranged for himself in the hotel room. The Barcelona striker did not make any comments in the video but has laughed to Dembele’s comments, triggering a wild reaction across the internet. In the video, the winger is heard saying.

After the video surfaced over the internet, Ousmane Dembele took his Instagram account to air his apologies. He said:

In the past, we have seen multiple players awarded punishment for their racist remarks. What will happen with these players? Only time can tell.