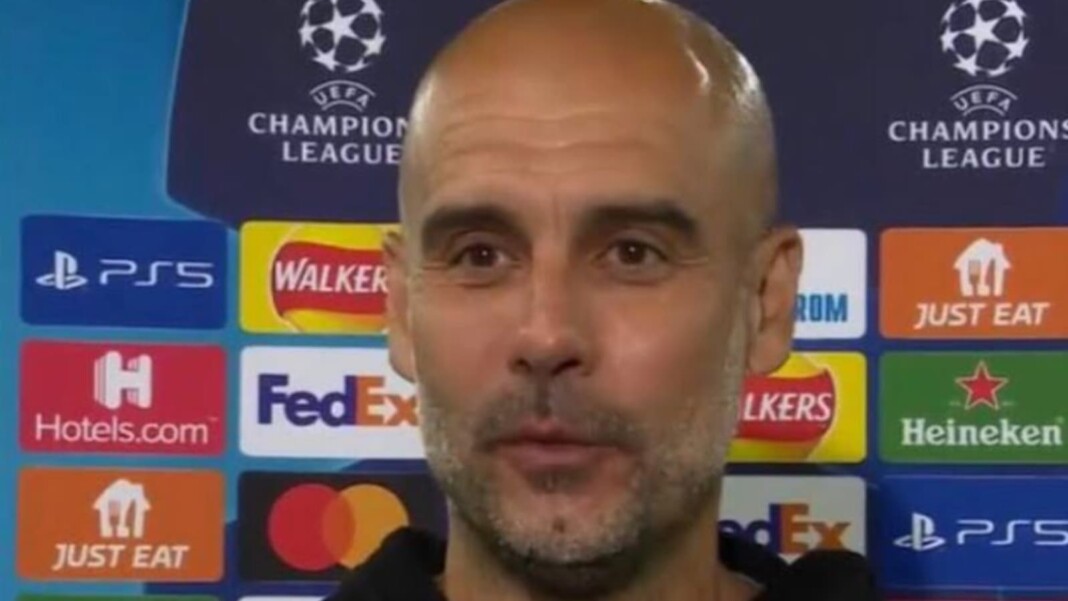 Manchester City kicked off their 21/22 UEFA Champions League campaign with an impressive win over RB Leipzig winning the game 6-3. Pep Guardiola had Kevin De Bruyne starting the first game of the season after recovering from his injury while youngster Phil Foden coming off the bench to record an assist. Christopher Nkunku scored a hattrick but unfortunately was on the losing side.

However manager Pep Guardiola have requested more fans to come to the stadium on Saturday to support the team against Southampton saying that they’re tired and Southampton are a dangerous team. The fans that were present for their first Champions League game were treated to an absolute goal fest with goals coming at both the ends of the pitch.

But thousands of City fans missed out on watching the action first-hand, with swathes of light blue seen around the Etihad Stadium, indicating empty seats.

City’s ground was less than three quarters full for the Champions League clash, and fans watching on TV noticed a huge difference in atmosphere as compared to their rivals Liverpool who were up against AC Milan in their opening game at Anfield.

The Kop was rocking as the Reds again came from behind to beat the Italians in a repeat of the 2005 and 2007 finals at a packed Anfield, but in Manchester official figure state only 38,062 showed up for City. This made Pep making a request to the supporters to fill the stadium to it’s capacity on Saturday against Southampton.

“The last three games we’ve played here we’ve scored 16 goals. I would like more people to come to the next game on Saturday,” said the City boss after the 6-3 victory.

“We need the people, please, because we will be tired.

“I know the team from Ralph [Hasenhuttl] is quite similar, the way they play. They’re so dangerous and it’s a really important game.

“So I invite all our people to come next Saturday at 3pm to watch.” said Guardiola.

England international Jack Grealish made his long awaited UEFA Champions League debut for Manchester City against RB Leipzig. The former Aston Villa man was also named the man of the match after scoring a superb goal by cutting in on his right side and scoring a curling effort beating Leipzig Gulasci. He also provided the assist for Nathan Ake’s opening goal of the night.

Grealish has featured in all of his side’s first six matches of the season and have already hit the ground running under new manager Pep Guardiola, and will surely be a key player in their quest of winning the coveted UEFA Champions League trophy.