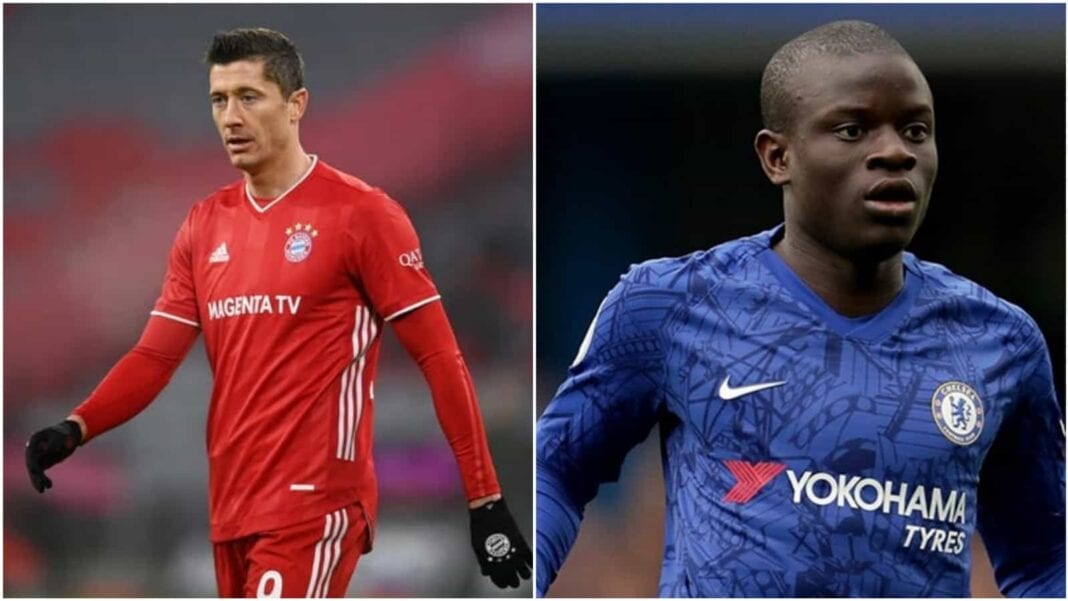 With last year’s Ballon d’Or being cancelled due to the Covid Pandemic, this year the prestigious awards might see a surprise winner. A player irrespective of the position he plays in and his on-field performance determine his chances of being selected for this special prize.

In this piece, we have also picked up players who despite not contributing by scoring goals have been pivotal in their team’s success either with their defensive solidity or their astute playmaking skills. On the other hand, we have also enlisted players who have offered penetration in front of the goal with menacing goal scoring abilities but at the end of the day winning Ballon d’Or is not only about scoring goals.

In this list, we have picked players who have produced some match-winning performances during demanding situations. Although the list doesn’t consist of big stars, the players included in the list have looked far from effective. We take a look at 5 such players who could be favourites to win the Ballon D Or this year.

The Frenchman emulated the performances of 2015-16 when the 30-year-old helped Leicester City to win the Premier League title. The midfielder has always remained a forgotten hero but his performances have been recognized this year when he helped Chelsea FC win the Champions League title.

Although he didn’t score any goals in the 2020-21 season in 30 Premier League games and 13 Champions League games Kante’s exceptional and clever playmaking skills and his ability to adapt well as per the conditions and as per the opposition’s game plan is what separated him from the rest. Kante’s creative awareness and his brilliant control while holding the ball has often created problems for the opposition.

One man who should be duly credited for Manchester City’s title-winning run in the Premier League in the 2020-21 season is 25-year-old Ruben Dias. The Portuguese looked rock solid in defence with his timely interception and dynamite like tackles.

Though the former Benfica FC player was relatively inexperienced for the challenges of the Premier League but proved to be a reliable source with his authoritative marking and his ability to recover the possession with his speed. Although the centre back is still an outside horse to win this prestigious award Dias is one of the favourites to win the award.

The 33-year-old is still going strong with his speed and pace. The striker hasn’t slowed down and is like a goal-scoring machine. The Poland International has set high fitness standards on the field and can rip apart any opposition with his lightning-quick counterattacks.

Lewandowski looked in terrific goal scoring form scoring 41 goals in 29 Bundesliga games with 7 assists to his name in the 2020-21 season. The striker also scored 6 goals in 5 Champions League games in the 2020-21 season which makes him one of the favourite contenders to with the Ballon d’Or.

The 23-year-old is amongst the next generation of superstars alongside Kylian Mbappe and Jadon Sancho. Haaland’s speed has looked difficult to judge due to his technical trickery and has looked composed in front of the goal. The Norwegian is dominating in the air and pacy on the ground which makes him a deadly striker inside the box.

Halland’s skilful runs combined with his clever link-ups have caused problems for the opposition. The striker can adjust his pace beautifully at the wings but these are still early days as the Borussia Dortmund player needs enough time to grow at the highest level. However, by scoring 27 goals in 28 Bundesliga games and by contributing with 8 assists in the 2020-21 season Haaland has made his case a strong one to win the award. Haaland also netted 10 goals in 8 Champions League games in the 2020-21 season.

Although he doesn’t win Ballon D Or this year he is bound to win it in the future. Gifted with an athletic physique and accelerating pace, Mbappe has already taken the world by storm and this season was no different. The Frenchman showcased fine control with his possession-based play and took the opposition apart with his menacing runs and dribbles.