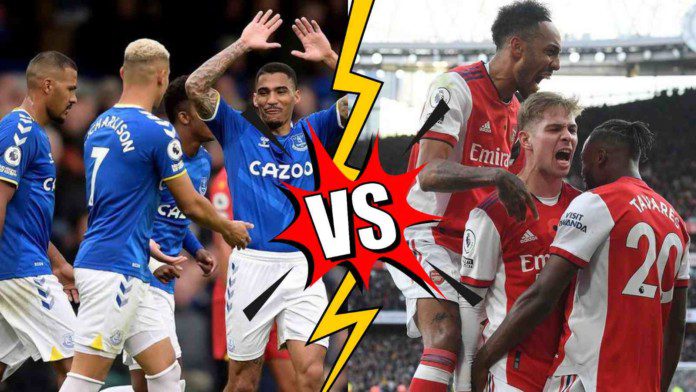 A struggling Everton side welcome London outfit Arsenal at Goodison Park for matchday 15 in Premier League on Monday 6th December. Both teams are coming off losses against Liverpool and Manchester United respectively. Ahead of the game here is our Everton vs Arsenal live stream, preview, prediction and other details.

Everton and Rafa Benitez are under immense pressure as they were comprehensively beaten 4-1 by a free scoring Liverpool side in the midweek. Liverpool’s captain Jordan Henderson opened the scoring inside 10 minutes after a neat finish from edge of the box. Mo Salah scored a brace a goal in each half before Diogo Jota added a fourth just 10 minutes from time. This was a game where Klopp’s men could’ve easily scored a couple more. However Gray scored the only goal for his side which had to be by far the best play from Everton in the whole game.

Arsenal were on the wrong end of a thrilling 3-2 loss against Manchester United at Old Trafford. Emile Smith Rowe scored following a corner kick which was eventually checked by VAR after a foul on De Gea in the box. But it turned out it was Fred who stepped on the goalkeeper’s ankle instead of a Arsenal player. Bruno Fernandes scored at the end of first half. Before Cristiano Ronaldo put Manchester United in front early in the second half. However the lead lasted for just one minute as Odegaard levelled matters for Arsenal after some great work from Gabriel Martenelli.

However the goal scorer then conceded a penalty after he clipped Fred in the box. The ever reliable from the penalty spot Cristiano Ronaldo stepped up and scored his second of the night to give Manchester United all three points.

Everton are still without their free scoring forward Dominic Calvert Lewin. And his absence has cost Rafa Betinez a lot of points. Calvert Lewin is the only player still out with injury as Richarlison and Doucoure are getting back into shape to play full 90 minutes for the Toffees.

Granit Xhaka is the only absentee in Mikel Arteta’s Arsenal. Bukayo Saka had a muscle problem in their 2-0 win against Newcastle United. However the young England international got some minutes from the bench against Manchester United and also had some pretty decent chances in the box. Nuno Tavares is keeping the likes if Kieran Tierney out of the team at the moment.

Everton are without a win in their last eight league games winning just 2 points in the process. Benitez is under immense pressure after failing to register a single win in two consecutive months October and November. Everton’s last win came back in September against Norwich. 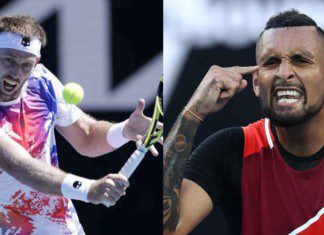