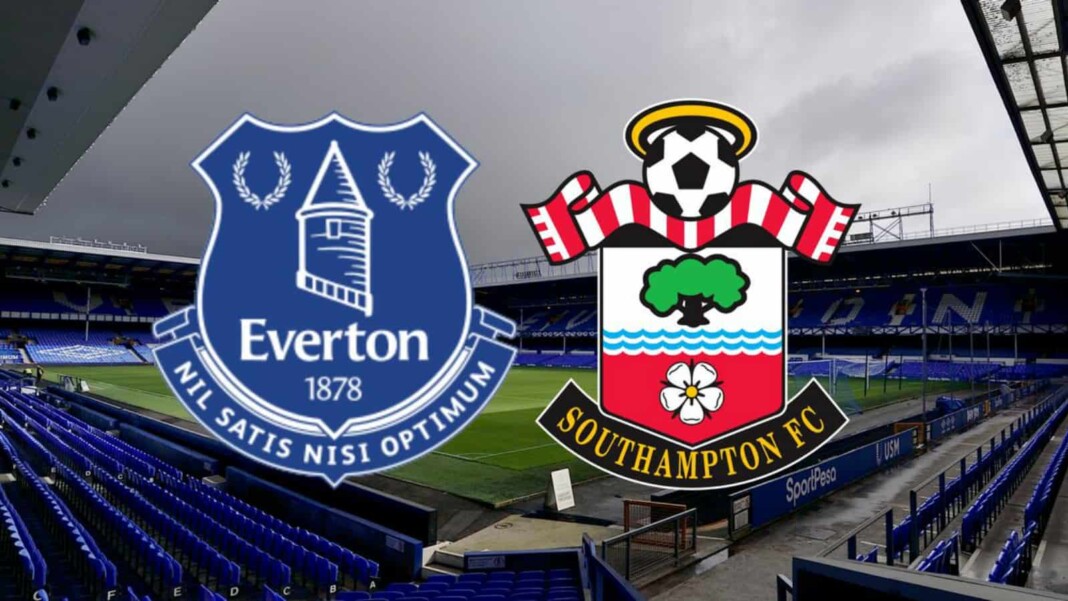 Everton vs Southampton: Everton and Southampton would go head to head in their season opening clash on the 14th of August at the Goodison Park.

Everton are coming off the back of a great pre-season in USA, where they managed to win all of their matches. However, they were pulled back into reality with a 4-0 drubbing against Manchester United. Rafael Benitez- the new head coach will look to get off to a good start in his first match for the Toffees and build on their good record against the Saints.

The Saints have been in excellent form in the build-up to their first Premier League fixture, as they notched up 3 wins out of their 4 preseason friendlies. Ralph Hasenhuttl, the manager will have a fully fit squad to choose from and debuts are expected for new signings Adam Armstrong and Romain Perraud.

The match between Everton and Southampton would be played at the home ground of the Toffees, the Goodison Park. The iconic venue boasts of a seating capacity of about 40,000. However, a full house won’t be visible on the opening day due to the Covid-19 rules in England.

A fiery contest is expected as two evenly matches sides go toe to toe against one another. We expect a hard fought draw after the completion of the 90 minutes at the Goodison Park.