The Premier League season has finished after a roller-coaster of 38 match-days where English clubs fought hard to assert their dominance. While Manchester City won the title this year, finishing on 86 points at the end, the race for the Top-4 spots boiled right down to the wire in what was an extraordinary campaign in English football.

We take a look at the Premier League Team of the Season, featuring the 11 best players in the league at their respective positions who had a huge impact on their club’s performance throughout the year. Manchester City and United dominate the team alongside representatives from Aston Villa, Tottenham and Liverpool.

Aston Villa goalkeeper takes the goalkeeping position over Manchester City’s Ederson, purely because of his individual performances and impact in itself for the club. The Argentinian goalkeeper was Villa’s best summer signing and notched up 16 clean sheets in his debut season at the club. Martinez recorded 142 saves in the Premier League itself more than any other keeper and helped Aston Villa shore up one of the strongest defence in the division.

Manchester City right-back Joao Cancelo has had a breakthrough season at City. The Portuguese international displayed his versatility playing at both right and left backs throughout the season and scored important goals for the Premier League champions. Cancelo contributed to 13 clean sheets in defence and himself scored thrice for the Citizens. Thus he makes the right-back position in the Premier League team of the Season.

Manchester City’s 65m Euros signing in the summer lived up to his price tag, displaying his defensive and leading capabilities to secure up City’s leaky defence from last year. The defender played 32 matches for Pep Guardiola’s side more than any other player and conceded just 21 goals throughout the season. His aerial ability gave Manchester City an added advantage in defending set-pieces.

Partnering Ruben Dias in defence, we have Manchester United captain Harry Maguire. The leader of United have been a dominant figure for the Red Devils this season and won 135 aerial battles throughout the league. The English defender left his partner fellow behind in terms of personal defensive statistics and led the line in United’s second spot finish this season.

Luke Shaw has been a revelation for Manchester United and makes it into the Premier League team of the season. The Englishman has left behind his injury struggles and lived up to the potential he was once expected to reach. Shaw registered 5 assists this season to back up his defensive stats and was a constant source of threat down the left-flank for United. Alex Telles, United’s summer recruit last season spent the majority of the season on the bench because of Shaw’s performances.

Bruno Fernandes was arguably the best player, in the league and deservedly makes it into the Premier League team of the season and his statistics justify his brilliance. The Portuguese midfielder had stellar performances for United in almost every other game and notched up 18 goals and 12 assists throughout the season. Bruno won the matt Busby player of the season award for Manchester United and won 2 Premier League player of the month awards. Once again a leader of men, he was key to United’s record of not losing away from home for the entirety of the season.

Manchester City’s midfield general endured a dream season and was one of the key components for Pep Guardiola in their title winning run. His individual goal scoring run of 11 goals in 12 games in the month of December and January earned him back to back Premier League player of the month awards. Gundogan played 33 matches in total for the champions scoring 13 goals and provided 5 assists.

Another Manchester City midfielder, makes the team despite missing out on a portion of the season due to injuries. The midfielder made 23 appearances for City but his impact remained unparalleled as he assisted 12 times during his time on the pitch. De Bruyne created 19 clear cut chances for the Citizens and complemented his midfield partner, bossing the games for City, who played without a perfect No.9 in most of their games.

Mohammed Salah continued his stellar goal-scoring record in the Premier League since his arrival at Liverpool, closely missing out on the Golden Boot Race in the final match-day. The Egyptian King scored 22 goals and provided 5 assists and remains the sole representative of Liverpool in what was supposed to be their title defence year.

The inclusion of Harry Kane is a no brainer given his performances despite Tottenham losing out on a Top-6 finish. Kane has continued his prolific goal-scoring form for Spurs and bagged two major awards of the season. Kane won the Golden boot race for most goals with 23 to his name while he also won the playmaker award for providing the maximum assists(13) in the league.

The left-attacker for the team of the season is Tottenham’s Hueng Min Son. The South Korean had a great start to the season but petered out towards the end of the campaign. However, his individual performances in Spurs’ season remains unnoticable. Son scored 17 goals and made 10 assists in 37 appearances which meant he maintained his fitness until the end of the season.

Also Read : Spain’s most capped player Sergio Ramos left out as Luis Enrique names his squad for the Euros 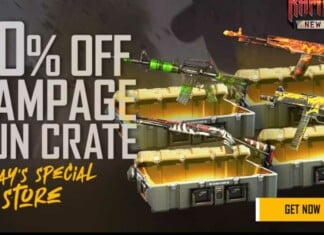