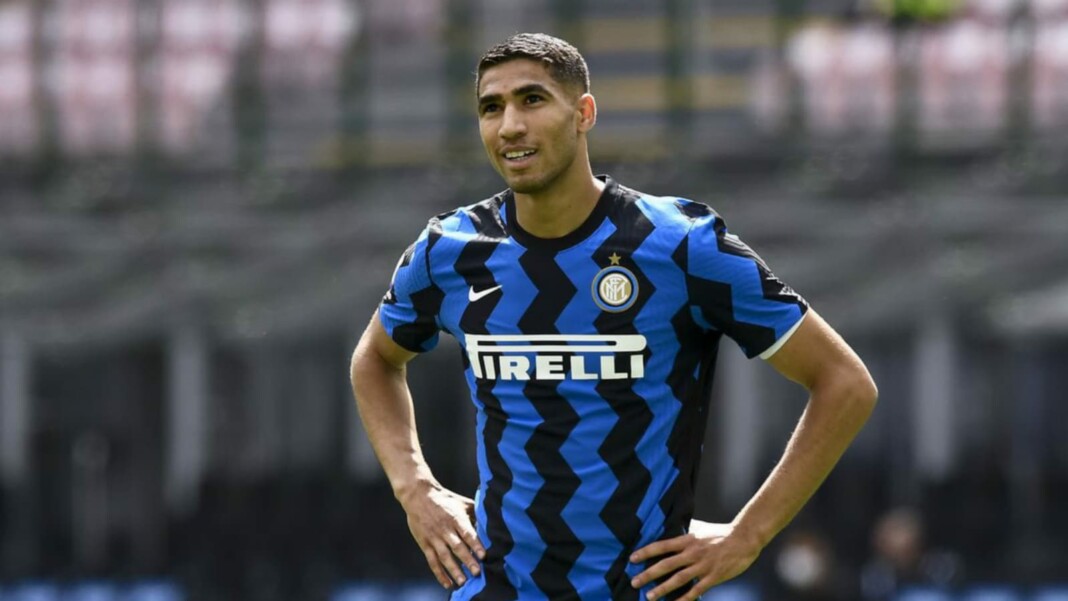 According to recent transfer reports, Paris St Germain are closing in on the Inter Milan full-back, Achraf Hakimi. The Moroccan international is highly rated by Mauricio Pochettino and the club are looking to grant his transfer wish. The reputed transfer journalist, Fabrizio Romano tweeted:

Achraf Hakimi is highly scouted by Chelsea as well since they won the Champions League title with Thomas Tuchel. They were highly linked with the player but the Italian journalist cleared the air regarding his links with Chelsea. He mentioned:

Chelsea are interested in acquiring the services of Moroccan international. However, they might have to spend huge sum of money if they are to win the race against the French outfit. The Blues are also linked with Erling Haaland and Sergio Ramos as well.

How has Achraf Hakimi performed in the 2020/21 season?

The 22-year-old was a revelation for Antonio Conte managed side. The player featured in 37 games in Serie A out of possible 38 games in the league. In those games, the player was able to provide eight assists. Also, he scored seven goals for his side in the Italian top-flight.

The great carrier of the ball, Achraf Hakimi was applauded across Europe for his chance-creation. The player thrived in the wing-back role for Inter Milan in 2020/21. With Antonio Conte deploying a three-man defense, Hakimi was able to play without major defensive duties to carry out.

Paris St Germain are active in the ongoing summer transfer window after they conceded the title to Lille in 2020/21. They have signed the free agent Gianluigi Donnarumma and are in contact with Real Madrid legend, Sergio Ramos.