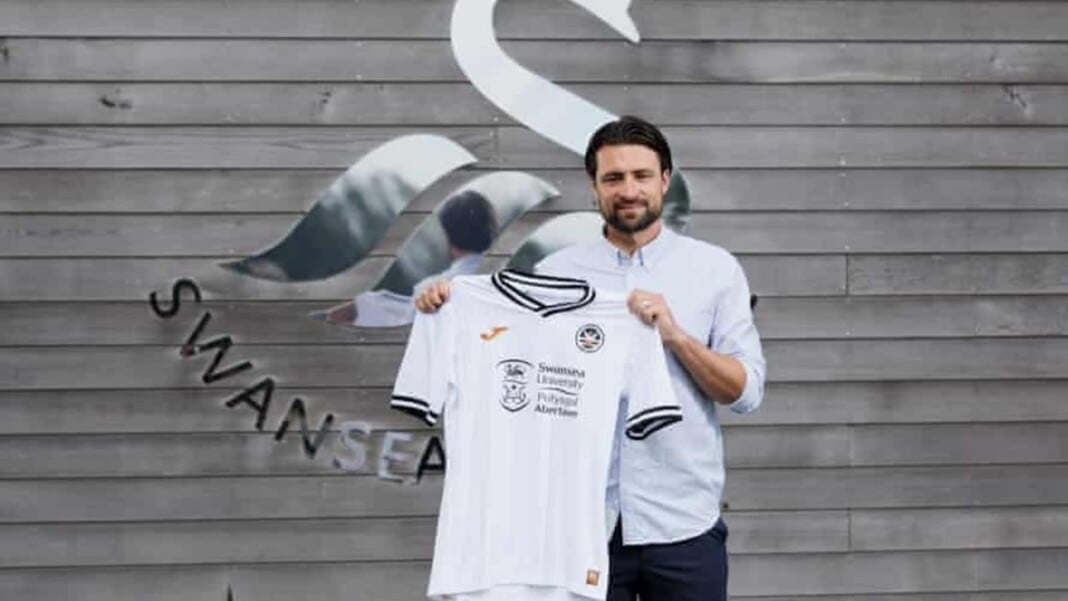 Swansea City have named Russell Martin as their new manager ahead of the new Championship season. The club will face Blackburn Rovers on the 7th of August in their first match of the campaign.

The 35-year old manager has signed a three year contract with the Welsh club and takes over from Steve Cooper. Cooper left the club last week and the club approached MK Dons to earn the services of Martin as their head coach in the subsequent days.

Swansea approached Martin ahead of Dons’ Carabao Cup tie at Bournemouth, with the move wrapped up over the weekend, in time for the opening fixture at Ewood Park. MK Dons lost 5-0 to Bournemouth in the EFL Cup on Saturday, in Martin’s final game in charge of the League One club.

He earned high praise in his previous job for incorporating an attacking possession-based game, with MK Dons earning the third-highest share of possession of any team in Europe’s major leagues last season, sitting only behind Barcelona and Manchester City.

“I am immensely proud and excited, to be honest,” Martin told the club’s official website.

“Everything I have heard about the club – be it from the owners, the people here who work inside the club, and people who have been here before that I know – underlines how special it is. I know the fan-base and what they expect in terms of the modern Swansea Way, that started under Roberto Martinez and continued under Brendan Rodgers and Michael Laudrup and people like that.

“I am familiar with that, and I played against most of those teams throughout the years and we, as a coaching team, are very much aligned with that. It excites me.”