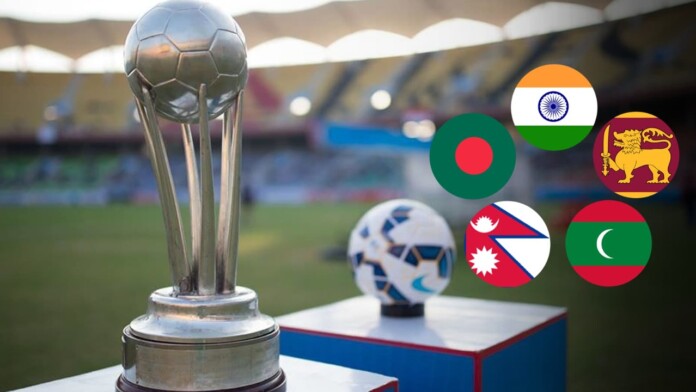 India vs Maldives: India will lock horns with Maldives in their last game of group stage to seal their fate in the competition as the qualification of both the teams to play in the Finals of SAFF Championship 2021, is on the line. Let’s check out the preview of both the teams before the fixture and also the television broadcaster where the match will be live.

The SAFF Championship had turned out to be an exciting contest as each and every team has been at the best of their form this campaign. The last matchday of the group stage has come to such a point that the results of the both the matches will decide the fate of four teams in the competition.

India was not able to make a major impact with their gameplay in the first two matches which they could have won but it ended in a draw. The last match against Nepal gave them a glimmer of hope after they won the match and placed themselves in third place just after Nepal. The Indian Captain Sunil Chettri was again there to rescue India as he scored the winning goal against Nepal at the 82nd which turned out to be the decider ending the match in 1-0 scoreline.

While Maldives started the campaign with a bit of a bump after their loss against the Nepal National team in the first match, they made a great comeback in the next fixtures winning both of their matches against Sri Lanka and Bangladesh. Their last match against Bangladesh ended in a 2-0 win for the host side as they moved up placing themselves at the top of the table. An extraordinary goal from Hamza Mohamed and a goal from the 12 yard spot by the highest scorer of Maldives, Ali Ashfaq gave the nation a glimmer of hope for their third title in the SAFF Championship 2021.

The match between India and Maldives for the SAFF Championship 2021 will be played in the Maldives National Football Stadium like all the matches for the competition. The stadium is in Malé, Maldives and has a capacity of 11,850.

It will be one of the toughest match in the entire competition and any of the team can go home with the win today. The winner of this matchday will make a place for themselves in the finals of the competition. The prediction for this match is India 1 – 0 Maldives.

Pritha Ghosh - May 13, 2022
Serena Williams can be seen practising more fiercely than ever before in an Instagram video.